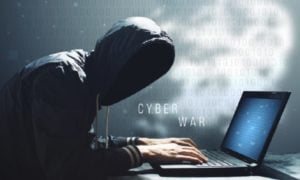 The level of angst and concern of a hot-war between Iran and the United States has largely been quelled, as time has put space between the flashpoint incidents that caused the relationship to move from contentious to war-footing. As the global news cycles move to other issues—be it the Coronavirus exiting China, the impeachment of the U.S. President Trump or the global economic meetings in Davos—the Iranian Islamic Revolutionary Guard Corps (IRGC) are putting in place their next move.

Based on a few years of paying attention to Iran’s intelligence actions and capabilities, I believe we will see more activity and intensity into the cyber domain as a part of the IRGC’s “low-intensity conflict” (LIC) doctrine. As the deputy director of the CIA, Robert Gates stated in 1988 in his keynote, “Low-Intensity Conflict: The Role of Intelligence,” LIC is defined largely by where the beholder is situated. He referred to a national security directive that characterized LIC as “political-military confrontation between contending states or groups, below conventional war, and above the routine, peaceful competition among states.”

“LIC is a strategy of conflict, where dilatory tactics are employed with increasing violence to wear down the opponent,” Gates, said, invoking Jean-Paul Sartre: “(The insurgent) tires out his adversary until they are sick of him.”

Thus, one could argue the Iranians have been involved in LIC within both the physical and cyber domains for quite some time.

We can track this activity via the Department of Justice’s trail of trials in which IRGC personnel are identified in indictments and court proceedings as actively working to insinuate themselves into U.S. infrastructure. Additionally, the Justice Department’s activities highlight to us the active role the IRGC plays in conducting espionage within the United States.

On 3rd of January a news spread in social media regarding Qasem Soleimani and AbuMahdi Mohandes who has died by a US drone strike near Baghdad Airport and this was the end of their lives. In social media, especially Iranian users, there was a chaotic situation, some called of “the general of... END_OF_DOCUMENT_TOKEN_TO_BE_REPLACED