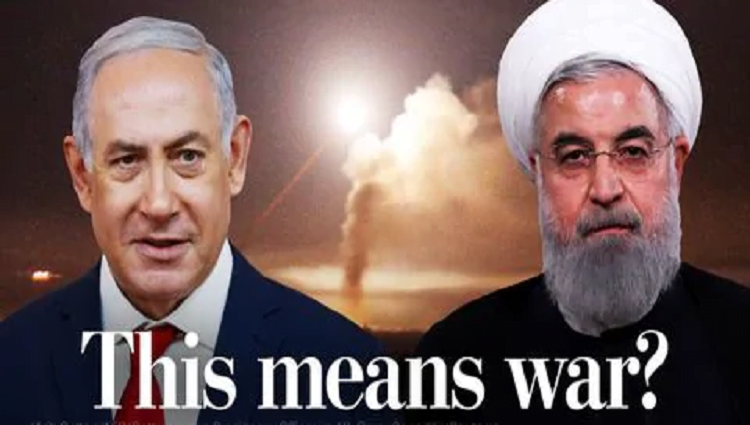 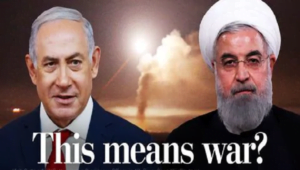 Already for a long time Israel’s political establishment realizes that this is not merely rhetoric but a very important part of Iran’s strategy for regional hegemony.

Although Shia Islam doesn’t have any connection to Jerusalem, the Iranian leadership nevertheless is acting as if it’s the holy duty of every Shiite to join the relentless efforts to destabilize Israel and to cause its demise.

For this reason, the regime of Iran’s Supreme Leader Ayatollah Ali Khamenei has named the division of the Iranian Revolutionary Guards Corps (IRGC) which is tasked with exporting the Islamic Revolution after Jerusalem or al-Quds in Arabic.

Bayt al-Maqdis (or Temple in English) was the name the early Muslims gave to Jerusalem.

By naming a drill with attack drones after Jerusalem the regime made clear that the exercise was a preparation for war with Israel.

When we take a look at what’s currently going on in Syria and Iraq the contours of Iran’s grand strategy for the elimination of Israel, which was designed by Qassem Soleimani the shrewd commander of the Quds Force of the IRGC, become visible.

Iran is clearly trying to turn Iraq into another proxy-state while Syria has already been transformed into a second Lebanon and has been brought under the control of the Quds Force.

Iran’s president Hassan Rouhani recently paid a three-day-visit to Iraq where he was granted a rare meeting with Grand Ayatollah Ali al-Sistani the most influential Shiite cleric in Iraq.

After arriving in Baghdad, Rouhani signed trade and travel agreements which aim to boost economic relations between Iran and Iraq and to offset the damage done by the re-introduction of a heavy sanction regime on Iran by the United States.

The new Iraqi government is made up of many supporters of Iran and has reduced ties with the US while allowing the Iranian-founded Hashd al-Shaabi umbrella organization of predominantly Shiite militias to control the territory of northwest Iraq.

Iran nuclear deal could be key to resolving region’s conflicts