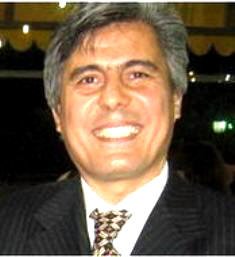 On 18 October, 3 days prior to his scheduled release, Iranian judicial authorities extended the prison term for Pastor Behnam Irani by five years, invoking a suspended sentence from 2008. Irani is a member of an evangelical group called Church of Iran and the leader of a house-church in Karaj.

A Church of Iran spokesperson told theInternational Campaign for Human Rights in Iran that authorities originally arrested Irani in 2006 for his church activities, such as holding services and proselytizing, and he spent several months in detention. On 23 February 2008, Branch 30 of the Appellate Court in Tehran sentenced Iran to a five-year suspended prison term on charges of “acting against national security.” Since his term was a “suspended” term, he did not go to prison but was free on a five-year probation.

On 14 April 2010, security forces raided Irani’s house in Karaj and arrested him. According to the Church spokesperson, security personnel beat Irani during the course of the arrest. Media sources reported that at the time of the raid, there was a religious gathering at Irani’s home, and security officials confiscated Bibles and Christian literature and DVDs. Irani was eventually sentenced to one year in prison for “propaganda against the regime” and began serving his term.

Irani was scheduled to be released on 20 October 2011 but was informed by letter 3 days prior to his release that his original 2008 suspended sentence was going to be re-activated and his detention would be extended by five years.

Another looming element of the original 2008 verdict is the appeals court’s insistence that the Prosecutor’s Office pursue an apostasy death sentence against Irani. The judge wrote:

“Considering the explicit confessions of the abovementioned individual [Irani] during the trial, that his father and mother were Muslims and he, himself, also opted for Islam when he reached maturity, and then left the holy religion of Islam and became a Christian. And that he also deceived a group of people into leaving Islam. Therefore as mentioned in … [Islamic religious text] … the abovementioned individual is definitely an innate apostate, and the sentence for innate apostasy is death.”

Torture Behind the Walls of Evin’s Wards 2A, 209 & 240 – by Journalist Saeed Pourheydar

Iran Has Far More Coronavirus Cases Than It Is Letting On