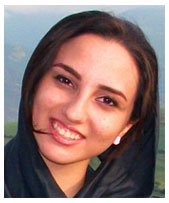 Tanin Turabi, a Baha’i student studying English was suspended from her studies at Imam Khomeini International University in Qazvin due to her religion.
Kamran Kitzer and Efshasin Sid Ahmad, two members of the Baha’i minority from Karaj, were arrested by security forces. Their whereabouts are unknown.
Security forces repossessed the private home of Hossein Alhordizadeh, a member of the Baha’i minority in Mashhad.

Israel: the Iranian drone took no photos. Tehran: Yes it did

35 Youngsters Arrested For Participating In Mixed-Gender Parties in Iran

EU agrees to extend Syria sanctions to include some Iranians