Instead of Crushing Protests, the Iranian Government Should Solve Its Water Crisis 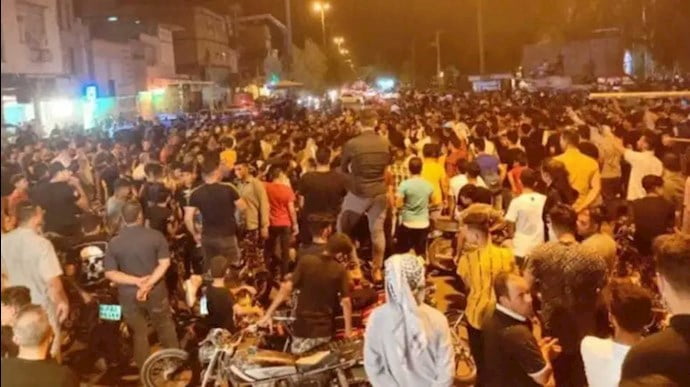 The Iranian security and military forces’ violent crackdown on large protests in the city of Isfahan that broke out over severe state mismanagement of water resources is more evidence of the Ebrahim Raisi government’s policy of zero tolerance of public criticism and dissent.

“People from various sectors of society are protesting the state’s incompetence in resolving fundamental crises that are affecting their ability to live,” said Hadi Ghaemi, executive director of the Center for Human Rights in Iran (CHRI).

“Instead of revealing effective plans to alleviate the people’s suffering, the Iranian government is focused on eliminating spaces for people to air their grievances,” said Ghaemi.

“No one should be jailed or assaulted for exercising their right to protest,” he added. “The Iranian authorities are legally responsible for the health and safety of all those harmed and detained during this time.”

As of November 29, the Human Rights Activists News Agency reported that at least 214 people, including 13 individuals under the age of 18, had been arrested in Isfahan.

Since mid-November 2021, thousands of farmers have been camped on the Zayandeh Rud’s dry riverbed in Isfahan to voice frustration with government policies that experts say have exacerbated the country’s water crisis.

The state-owned Islamic Republic of Iran Broadcasting organization initially covered the large demonstrations to argue that the protesters were government supporters. However, on November 24, security agents set fire to tents belonging to the protesters, fired into crowds, and judicial authorities announced the arrests of several people.