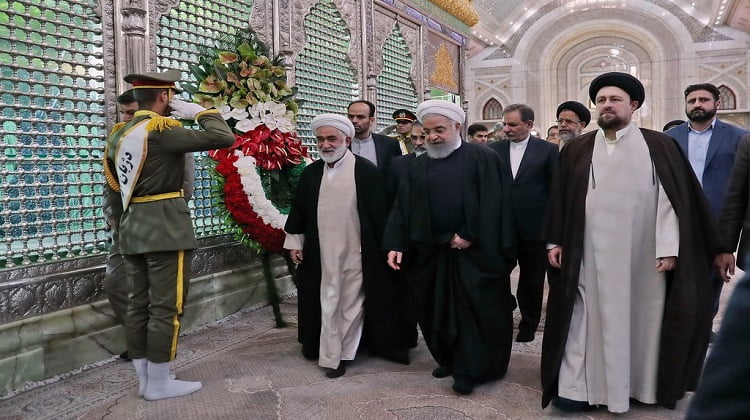 The Trump administration reimposed sanctions on Iran last year after President Trump decided to withdraw from the international nuclear accord reached with Tehran in 2015, calling it a “horrible one-sided deal.” Under the pact, Iran agreed to essentially freeze its nuclear program for at least 15 years in exchange for relief from oil and financial sanctions.

Under American pressure, dozens of European companies have abandoned operations in Iran that they had started after the signing of the nuclear agreement, leaving thousands of Iranians jobless. Reimposed banking sanctions have sharply curtailed foreign investment and access to international credit, and oil sanctions have more than halved Iran’s crude exports, its main source of income.

“Today the country is facing the biggest pressure and economic sanctions in the past 40 years,” since the 1979 Islamic Revolution, Mr. Rouhani said in a speech commemorating the anniversary that was broadcast on state television.

Ordinary Iranians are feeling the pinch. There have been sporadic protests by laborers, retirees, truck drivers and teachers that have occasionally led to clashes with security forces. In a year, the national currency, the rial, has lost 70 percent of its value compared to the dollar. Inflation is over 35 percent.

Iranian state television has been reporting shortages and rationing of red meat in recent days, showing consumers complaining about prices that have risen by 75 percent in the last year, according to government statistics. Officials blame illegal exports of Iranian livestock to neighboring countries, as well as fluctuations in the exchange rate that have hampered imports from Brazil.