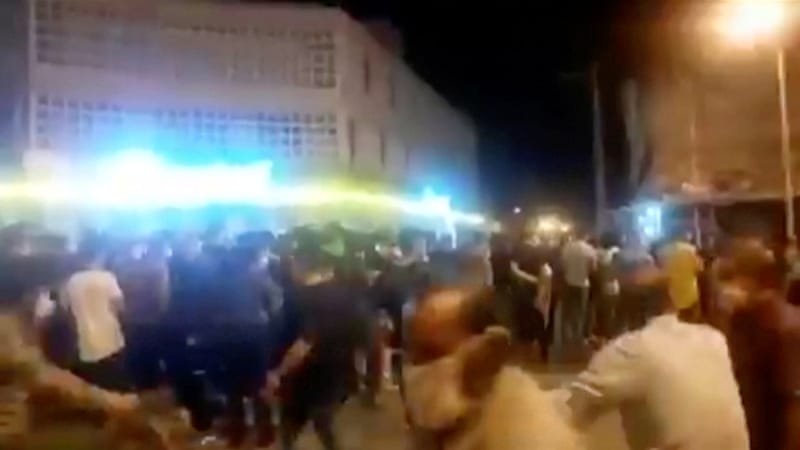 Iran police vow to deal 'decisively' with any further protests

Iran police vow to deal ‘decisively’ with any further protests

Iran police vow to deal ‘decisively’ with any further protests

Iranian police have said they will deal “decisively” with further protests over economic hardship, a day after security forces fired tear gas to disperse demonstrators in the southwestern city of Behbahan.

Iran’s rulers have tried to prevent a revival of last November’s anti-government protests in which hundreds of people were killed.

Tehran says the death toll stood at 225 people, including members of the security forces. Rights group Amnesty International said at least 304 people were killed and thousands more were wounded when authorities cracked down on the protesters.

On Tuesday, the judiciary said the death sentences of three men involved in that unrest had been upheld, sparking a surge in online protests.

In a statement on Friday, police urged people to “vigilantly refrain from any gathering that could provide a pretext for the counter-revolutionary movement”, accusing “enemies” of whipping up discontent.

“The police force has an inherent and legal duty to deal decisively with these desperate moves,” the statement added.

The police chief for the city of Behbahan in southwest Iran, Colonel Mohammad Azizi, was quoted by Iranian website jamaran.news as confirming a protest took place beginning at 9pm local time (15:30 GMT) on Thursday.

He said police “firmly dispersed” the demonstrators, who rallied over the economy, and there were no injuries.

Iranian media reported that police dispersed protesters in southwest Iran angry over Iran’s anaemic economy amid a US sanctions campaign.

The outage coincided with videos being published online of protesters gathering in the city of Behbahan, some 570km (355 miles) southwest of the capital, Tehran.

Also Read: Iran Is Using Charities and Humanitarian Groups to Export Its Revolution