Iran has laid the groundwork for massive cyber attacks on private companies and infrastructure in the U.S. and Europe, according to a report Friday. 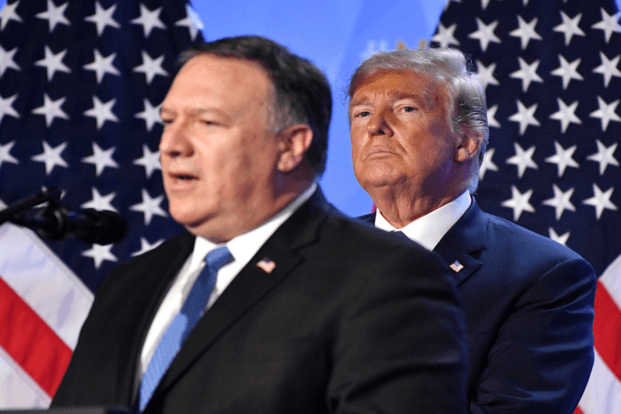 The U.S. has warned allies to step up defenses and is even weighing a possible counterattack, NBC News reported, citing multiple senior officials.

The U.S., Germany, the U.K. and other countries in Europe and the Middle East are all potential targets, according to the report.

Iranian officials pushed back on the report and labeled the U.S. as the cyber bully.

“The U.S. is the most belligerent cyber attacker of any nation in the world, repeatedly attacking military and civilian targets across the world including in Iran,” Alireza Miryousefi, a spokesman for the Iranian mission to the United Nations, said in a statement. “The U.S. has also undermined international efforts to establish global rules surrounding cyber issues. While we cannot comment on specific cyber capabilities or operational detail, we can say that our cyber activities are defensive in nature and necessary for our country’s protection.”

President Trump has taken an aggressive stance against Tehran during his tenure in the White House.

He withdrew the U.S. from the Iranian nuclear deal in May and has vowed to re-institute tough sanctions against the Middle East nation.

The Trump administration has also asked its allies to cut imports of Iranian oil by November.

Trump’s Director of National Intelligence warned Thursday that although Iran has done “nothing of major impact” in retaliation, “we see continuous malign effort by the Iranians.”

Coats, speaking at the Aspen Security Forum, named Russia, China, Iran, and North Korea as the main threats to U.S. cybersecurity. But, he added, Russia is the “most aggressive foreign actor, no question. And they continue their efforts to undermine our democracy.”

John Bolton, Trump’s national security adviser, and Secretary of State Pompeo have both led the charge against Iran.

Pompeo earlier this month told Sky News Arabia that the Trump administration is planning “a number of things” to confront Iran.

He added that the possible included a “series of sanctions aimed not at the Iranian people, but rather aimed at the single mission of convincing the Iranian regime that its malign behavior is unacceptable.”

On 3rd of January a news spread in social media regarding Qasem Soleimani and AbuMahdi Mohandes who has died by a US drone strike near Baghdad Airport and this was the end of their lives. In social media, especially Iranian users, there was a chaotic situation, some called of “the general of... END_OF_DOCUMENT_TOKEN_TO_BE_REPLACED