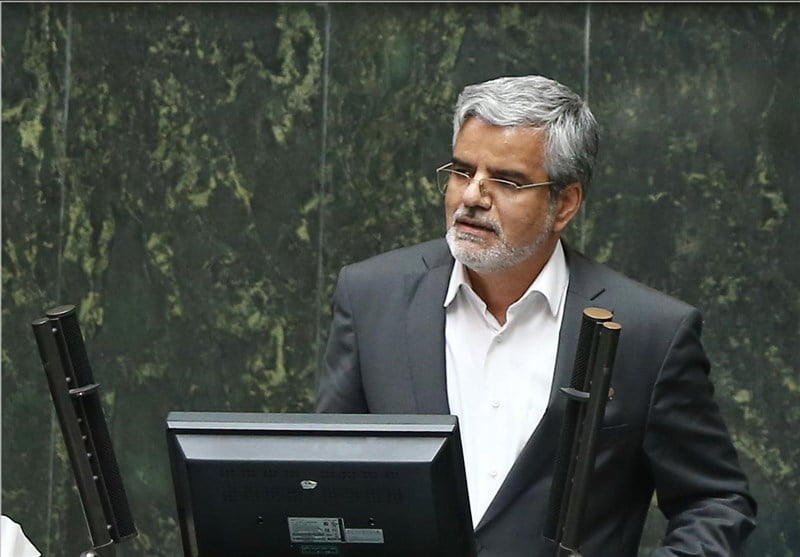 Iranian parliamentarian: Authorities should explain confessions of the defendants to the assassination of nuclear scientists

Iranian parliamentarian: Authorities should explain confessions of the defendants to the assassination of nuclear scientists

Iranian parliamentarian Mahmoud Sadeghi has called on Islamic Republic officials to comment on the “false or true of the confession of the defendants to the assassination of nuclear scientists”.

Mr. Sadeghi described the reason of his request as “bizarre allegations” recently published about the false confessions of the defendants.

The BBC Persian recently reported on the fate of a case known as the “Assassination of Nuclear Scientists”.

In this report, Maziar Ebrahimi, one of the defendants, calls on the Ministry of Intelligence to press fictitious confessions as well as judiciary system file case against him.

He also has claimed that under pressure of the Ministry of Intelligence’s interrogators, he provided false intelligence about the blast of IRGC missile base, Malard, to the IRGC intelligence agents.

Seven years ago, Maziar Ebrahimi, along with twelve others, in a documentary called the “Terror Club” confessed that he went to Israel, trained there and then returned to Iran to assassinate Iranian nuclear scientists.

Iranian security officials claim that in the years between 2009 to 2011, four of the Iranian nuclear scientists have been killed and one survived an assassination.

After hearing this case, Majid Jamali Fashi, one of the defendants in the case, was executed in May 2012 on charges of “assassinating Massoud Ali Mohammadi”, a professor of physics at the University of Tehran.

Maziar Ebrahimi’s remarks have now raised doubts as to the validity of the accusations and confessions of Majid Jamali Fashi.

According to the documentary, all of the defendants have now been released, with the exception of Majid Jamali Fashi, who was executed before the release of this documentary.

It is worth remembering that the Persian and English sections of the Iran Briefing on January 17, 2011, found dozens of reasons for Majid Jamali Fashi’s innocence, some of which are also reflected in the now BBC Persian documentary. In 2011, the Iran Briefing report was noticed by international media including Foreign Policy and was published there.

Now, based on Maziar Ebrahimi’s statements, the Iranian security apparatus has pressured the defendants during their temporary detention and a fair hearing has not been conducted.

Mr. Ebrahimi says the film aired on Islamic Republic national TV was made by the Ministry of Intelligence and recorded in the Evin prison in the presence of the interrogators.

He says after being forced to confess to killing Iranian nuclear scientists, he was tortured for seven months in an unspecified location outside Evin Prison.

At that time, Haidar Moslehi was the Minister of Intelligence.

After releasing the film of the confessions to the assassination of nuclear scientists, it was revealed to Iranian government security and intelligence officials that Maziar and other defendants were innocent. But they remained in jail for another twenty six months.

They spent a total of three and a half years in prison.

Maziar Ebrahimi’s current remarks can now show dark corners of the divide between Mahmoud Ahmadinejad and Heydar Moslehi. At the same time that Maziar Ebrahimi says IRGC interrogators found out that the confessions made under Ministry of Intelligence interrogations were false, Mahmoud Ahmadinejad dismissed Heidar Moslehi. But Khamenei did not approve his dismissal, and in a letter to Haider Moslehi asked him to stay in the Ministry of Intelligence.

The incident led to Ahmadinejad’s leaving duty for a few days and the beginning of the disagreement between the leader of the Islamic Republic and Mahmoud Ahmadinejad.

Although margins have been circulating in the domestic media since the BBC documentary broadcast, Iranian parliamentarian Mahmoud Sadeghi is the first official to respond.