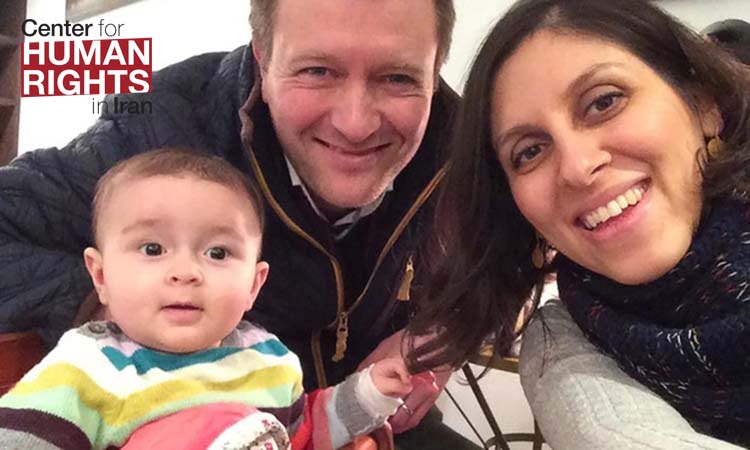 The husband of imprisoned Iranian dual national Nazanin Zaghari-Ratcliffe speaks to CHRI about her case and their lives since she was arrested by the Revolutionary Guards in April 2016. 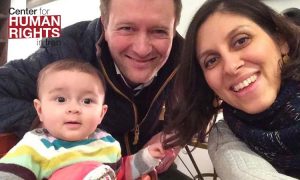 Nazanin Zaghari-Ratcliffe never imagined she would be arrested and ultimately sentenced to five years in prison when she entered Tehran’s international airport on her way back home to the UK after visiting her parents. But nightmare became reality on April 3, 2016 when the Revolutionary Guards’ Intelligence Organization detained the London-based Iranian-British citizen, her baby in her arms.

Nazanin was denied access to a lawyer for the first 130 days of her detainment, which included extended periods of solitary confinement and repeated interrogations, her husband, Richard Ratcliffe, told the Center for Human Rights in Iran (CHRI) in an interview on September 21, 2017. The British passport of their 22-month-old daughter, Gabriella—whom Nazanin had just finished breastfeeding—was also confiscated and she was placed in the care of her elderly grandparents in Tehran.

“Gabriella has been calling her granny ‘mom’… and that has been very hard for Nazanin,” Richard told CHRI during a trip to New York amid the UN General Assembly. “Having her baby taken away from her has been like having part of her ripped away.”

Three days before her trial, Nazanin, who worked for the charitable arm of the Thomson Reuters Foundation, was allowed to meet with an Iranian lawyer for 30 minutes. She wasn’t allowed to speak for herself or to anyone during the court session, in which she was issued a five-year prison sentence for “national security” charges that Richard says were never specified to Nazanin or the public. Her lawyer was also personally prosecuted for what he had written in her formal defense.

On September 28, the day after she was diagnosed with advanced depression, Nazanin was denied furlough. The temporary leave—typically granted to prisoners in Iran for a variety of familial, holiday, and medical reasons—is routinely denied to political prisoners as a form of additional punishment.

“She still goes up and down, and it’s related to seeing Gabriella or not seeing her,” Richard, whose marriage and fatherhood have been reduced to scant phone calls, told CHRI. “It’s related to hope, of being promised things and seeing them taken away.”

Can you tell us what happened with Nazanin and where her case is at today?

Nazanin was taken in April 2016 while she was on holiday with Gabriella, who was then just before her second birthday. She was taken down to Kamran Prison and later Evin Prison in Tehran and has been held at times in solitary confinement and now in the women’s political ward and is currently still there.

I have been campaigning for her release for almost a year and a half now. This week I’m in New York for the UN General Assembly, to try and meet with different missions and country heads to advocate for Nazanin’s case. We’re saying it’s outrageous that she has been held, that she was just [in Iran] for holiday, and has been kept for secret reasons. We also are saying that Nazanin’s case is not unique; there are a number of other families who had people taken and this is a problem that not only Iran needs to address, but also the rest of the world.

What is IRGC Looking for in 11th Presidential Election?

Soldiers of the Revolution

Blogger Detained for Four Months Without Trial in Shiraz

Iranian economist gets one year in jail