Shabnam Madadzadeh’s letter to Ahmed Shaheed: “All eyes are on you now” 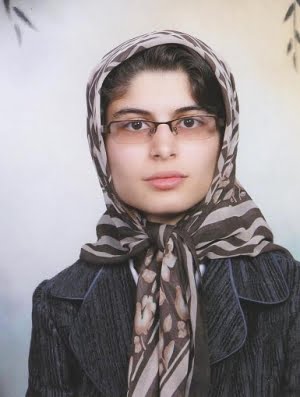 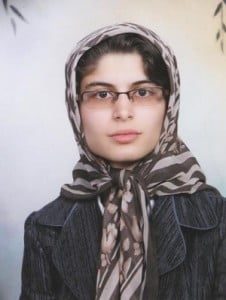 Shabnam Madadzadeh is a 24-year old Iranian university student and activist who, for the past three years, has endured more than 1000 days behind bars. She is currently held in Tehran’s Evin prison. She is forced to tolerate constant abuse and torture because no one hears her voice.

In the name of the righteous God,

I, a young student, have written this letter to Ahmed Shaheed, the UN Special Rapporteur on Iran.

There are talks of your future trip to my country, a land located in the Middle East, a region that is recently at the centre of attention. All eyes are on here, and new developments and events are anticipated.

I am writing to you from Iran, inside Evin prison, the country’s beating heart. Recently, in political circles, the media, and the news, there are various views from government officials about your future trip and your decision to draft a report.

The head of the Iranian government, Mr. Ahmadinejad, has declared on many occasions, in national and international press conferences: “In Iran, there is absolute freedom.”

Mr. Shaheed, whether you are able to understand and digest the above-mentioned conditions easily or not, these are the realities of our lives. We are imprisoned for expressing our beliefs in our country.

The Iranian authorities often express regret over the human rights violations in other countries and sympathize with the citizens. They criticize the despots of other countries and warn other dictators to hear their people’s voices. The Iranian officials argue that students should not face harassment and crackdowns, and freedom of speech and expression should be protected and defended.

Who am I? I am imprisoned because of my beliefs, because of my thoughts. Those held in the same ward as me are innocent women with various beliefs. Where do they fall in this puzzle? Why don’t you hear our voices [the same way you claim support for those oppressed in other countries]?

After many failed attempts to deliver my message and grievances to the Iranian officials, I have concluded that the officials are like the Persian proverb: “Death is good, but only for the neighbour.”

This letter is that same scream, filled with pain and suffering. I write to you as a 24-year-old Iranian girl, who, in two-and-a-half years of incarceration, has endured solitary confinement and various prisons. I write to you as an Iranian computer science student.

I was arrested along with my brother in February 2009 for the crime of seeking justice and freedom and defending humanity and dignity. While locked up behind bars I struggled for my most basic human rights.

Peers in other countries, through their progression, are supported and guided by their governments.  I even struggle for my right to think, breathe , and express my thoughts. In my country, with its vast land and enormous sky,  my share of civil rights is the corner of a cage- where my every breath is counted and my only contact [with the outside world] is the 20-minute weekly visits granted to my family. During these visits we speak on the phone and look at each other through a dirty glass window. This is my share of this land, the corner of a narrow cage, where I am not permitted breaks for fresh air.

Mr. Ahmed Shaheed, every time I read the UN Declaration of Human Rights, I sense envy. In my country, a difficult battle exists for the people to [safeguard] their humanity. Those who dare must pay an extremely high price. I can list a human rights violation committed in Iran for every article in the Declaration. My brother and I were interrogated in the Evin prison solitary confinement ward 209 for expressing our beliefs, and we were abused because of the beliefs of some family members.

I have witnessed Baha’ï women arrested solely for their religious beliefs. I have witnessed journalists who were detained for reporting on the current conditions in the country. I have experienced the unfair court hearing, where my brother and I were each sentenced to five years in prison exile.

Mr. Shaheed, our sad story is a long one, and I can only point out some of the injustices. Since I was 21 years old, I have lived in prison, among addicts, murderers, and prostitutes- all of whom are victims of this unjust and unfair regime. I have experienced the worst conditions. The smallest example I can give of the horrific living conditions in Rajai Shahr prison is: 200 people have to share two washrooms which have one sink and two baths. I have witnessed much anguished pain and wounds on the bodies and souls of the people in this oppressed nation. I have sat with them, I have suffered along with them, and I have wept for their dissolution. It would be so good if you, too, could see all this from close up. It would be good if you could see that the basic rights of prisoners in Qarchak are trampled on and their humanity is violated. You must meet the defenseless women who are held in a place that does not even meet the most basic standards for a prison.

After my exile to Rajai Shahr prison, and then my transfer to Qarchak prison, I am currently held in Evin prison. I am held with 32 other innocent women. I spend the dark days of detention deprived of the most basic means of communication, under tight security measures. Even Evin prison officials admit that our place of confinement cannot be considered a regular section of the prison.

Mr. Shaheed, I am not sure how they will treat me after writing this letter. In October 2010, because I had informed my family of my critical condition in Rajai Shahr prison, I was deprived of visits or phone contacts with them for four months.  And now, my brother, Farzad Madadzadeh, along with three of his friends, Saleh Kohandel, Behrouz Javid Tehrani, and Pirooz Mansoori have been transferred from Rajai Shahr prison in Karaj to ward 240, the security section of Evin prison. There has been no news on them since the time of this letter. [editor’s note: Saleh, Behrouz, Farzad, and Pirooz were transferred back to Rajai Shahr prison. They are being held incommunicado].

The high price we have paid to gain these bitter experiences is our youth.

Now that you have been assigned the mission to report on the oppression from close up, maybe you can spend some of your time looking into the above-mentioned violations. You can then inform the world so we can prevent future injustices.

Mr. Shaheed, there is much more to be said. What I have mentioned above is just a small part of the sea of suffering and pain we endure. At the same time, there is a glimmer of hope that, perhaps, your thorough report, a global consensus, and your efforts to realize the dreams of those who drafted the Universal Declaration of Human Rights, will result in the improvement of the human rights conditions in Iran.

There is fear that human rights in Iran, like thousands of other issues, will fall victim to political ploy. All eyes are on you now. Do not let the ploys prevail.