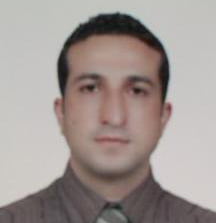 The Supreme Court of Qom Province issued an official verdict in the apostasy case of Christian Pastor Youcef Nadarkhani, ruling that the lower criminal court and the appeals courts did not provide adequate background information as to whether or not Nadarkhani was ever actually a declared and practicing Muslim. In turn, the Supreme Court remanded the case to the Eleventh Branch of the Criminal Court of Gilan Province for a more rigorous factual investigation.

The verdict orders the lower court to talk with Nadarkhani’s neighbors, acquaintances, relatives, and Muslims that had known him before his adoption of Christianity to see if he was Muslim after reaching the age of maturity (i.e. 15-years-old).

The Supreme Court ruled that if Nadarkhani was a Muslim after the age of maturity then the lower court must find him guilty of apostasy and issue a death sentence. If Nadarkhani was not a Muslim after reaching the age of maturity, then he has the option to repent and renounce his Christianity. If he repents then will not be executed and apparently released. However, if does not repent he will be sentenced to death. The Supreme Court issued the verdict on 12 June 2011.

The Court also maintained that apostasy is a valid criminal charge in Iran, despite the fact that no written legal provision on the matter exists. The Supreme Court referred specifically to the scholarship of Ayatollah Rouhollah Khomeini as the source of law on apostasy.

Previously, family members and associates of Nadarkhani told the Campaign that officials from the Judiciary and the Ministry of Intelligence tried to force the pastor to repent and renounce his Christian conversion. So far, Nadarkhani has maintained that he has never done anything against Islam and will not renounce his faith. “Pastor Youcef has not budged,” said a close associate of his from Rasht.

Youcef Nadarkhani is a 34-year old pastor who was born to Muslim parents. He converted to Christianity at the age of 19. Before his arrest in October 2009, Nadarkhani led a congregation of about 400 Christians in Rasht. The congregation is part of a nationwide evangelical group called the Church of Iran, many of whose members have been arrested and prosecuted since 2009. On 23 August 2010, Nadarkhani’s apostasy death sentence was upheld by Branch Eleven of the Appeals Court of Gilan Province, and consequently appealed to the Supreme Court. Nadarkhani is currently being held in Rasht Prison.