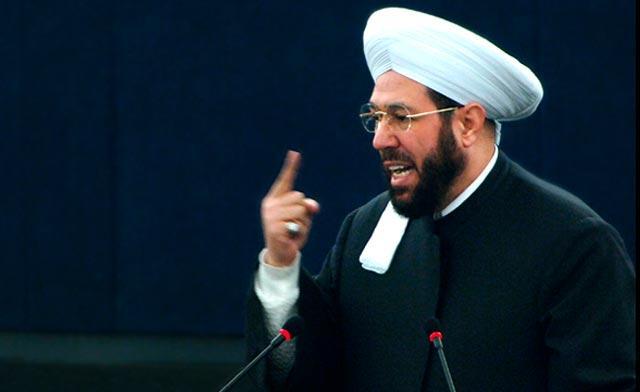 Grand Mufti Sheikh Ahmed Badreddin Hassoun conveyed the “thanks of the Syrian people and president for the stance of Ahmadinejad and our nation,” the website said after a meeting between the two late Wednesday in Tehran.

Ahmadinejad told the Sunni cleric, who was attending an Islamic conference, that “the main aim of the dominating and bullying powers (the United States and its allies) is to preserve the Zionist regime (Israel).”

He added: “The U.S. and its allies are seeking to launch a new war in the region and to break the line of Islamic resistance. But we believe that with wisdom and unity we can stand against them.”

Syria, Iran’s principal ally in the Middle East, is roiled by a near year-long uprising that has seen more than 6,000 people killed, according to human rights groups.

The Islamic republic has stood by Syrian President Bashar al-Assad, though it denies Western accusations that it is sending arms to Damascus in violation of a U.N. embargo.

On Wednesday, an Iranian deputy foreign minister, Hossein Amir Abdollahian, was briefed in Damascus by Syrian Foreign Minister Walid Muallem, who outlined reforms Syria was said to be undertaking.

Abdollahian stressed Tehran’s support for the reforms and “confidence that the Syrian leadership and people will be able to overcome the current events,” Syria’s official SANA news agency reported.

Iran claims West is using internet for spying, creates its own ‘halal’ network

Why is Iran taking such an interest in Iraq’s air defenses?