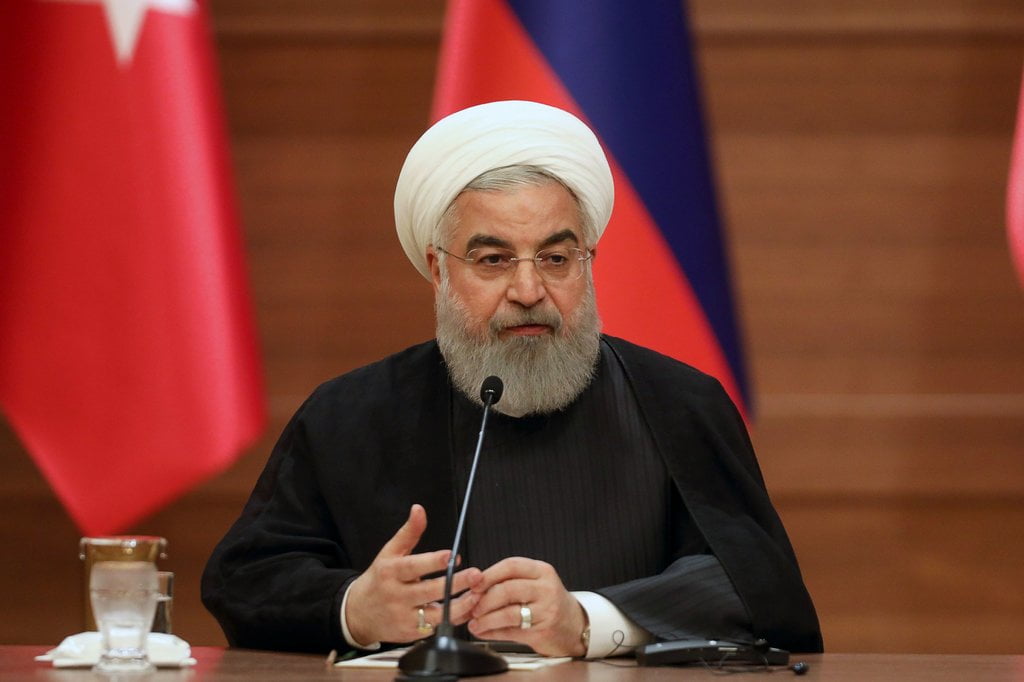 President Trump said on Wednesday that he expects Iran to continue to comply with the terms of the 2015 deal that limits Tehran’s nuclear program, even as the United States violates it by reimposing what he called “among the strongest sanctions that we’ve ever put on a country.”

“I would advise Iran not to start their nuclear program,” Mr. Trump told reporters in a vague warning at the White House, a day after he withdrew the United States from the accord that was brokered between Iran and world powers.

Beyond betting that Iran’s leaders will return to the negotiating table, and seek a better deal, once they feel the sanctions’ bite, the president appeared to acknowledge that he has no Plan B for dealing with Tehran.

“Iran will come back and say, ‘We don’t want to negotiate,’” Mr. Trump told reporters. “And of course, they’re going to say that. And if I were in their position, I’d say that, too, for the first couple of months: ‘We’re not going to negotiate.’”

“But they’ll negotiate, or something will happen,” Mr. Trump said. “And hopefully that won’t be the case.”

President Hassan Rouhani of Iran said on Tuesday that he had instructed his foreign minister to determine if negotiators from European nations, Russia and China could make up for the economic benefits that Iran would lose after the American withdrawal.

Only then would he decide, Mr. Rouhani said, whether to instruct Iran’s Atomic Energy Organization to resume the enrichment of uranium. Under the accord, Iran is prohibited through 2030 from possessing enough nuclear fuel to manufacture a single nuclear weapon.

On Wednesday, Iran’s supreme leader, Ayatollah Ali Khamenei, who ultimately approved the terms of the 2015 deal, declared that his country will need 20,000 megawatts of nuclear electricity for its power grid. He did not explicitly suggest resuming uranium enrichment, but for years Iran insisted that its nuclear program was for civilian use — even though it was already buying fuel from Russia to power its one major reactor.

After Mr. Trump announced his decision, the leaders of Britain, France and Germany on Tuesday reaffirmed their support for a United Nations Security Council resolution that formally endorsed the accord. The European leaders asserted that the resolution was the applicable international law governing the Iranian nuclear problem — a way of suggesting that the United States is the first country to violate the accord.
They also noted that Mr. Trump’s own intelligence officials — including Secretary of State Mike Pompeo, when he was serving as C.I.A. director — have said he saw no evidence that Iran had violated the deal.

A senior American diplomat, Andrew Peek, the deputy assistant secretary of state for Near Eastern affairs, denied on Wednesday that the United States had violated the resolution. “We are withdrawing from the deal,” he said. “We are not breaching it.”

Mr. Peek went on to argue that greater pressure — chiefly economic — would force Iran “to change some of its behavior.”

At the core of the pressure campaign is Mr. Trump’s threat to impose sanctions on any firm — from oil field developers to large banks — that does business with Iran. That technique helped bring the Iranians to the negotiating table in the first place. But back then, the Europeans had joined with Washington in a coordinated sanctions effort.