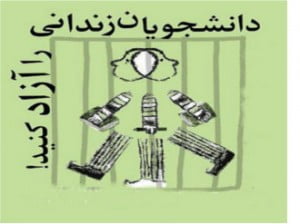 HRANA News Agency – During last week, one student from Tehran University and another one from Azad University were arrested by Iranian security agents and taken to an unknown location.

According to a report by Human Rights Activists News Agency (HRANA), on Thursday, August 11, 2011, following the receipt of a summon to the Intelligence Agency’s Investigation Unit, Khatereh Danesh Tavakol was arrested. On the same day, she contacted her family briefly and informed them that she was in temporary custody. Khatereh Danesh Tavakol is a student at Azad University.

On Saturday, August 13, 2011, security agents raided Malina Bakhtiarnejad’s family home and took her to an unknown location. During the raid, a computer, various documents, books, and personal belongings were seized. Malina Bakhtiarnejad is a student at Tehran University.

The reasons for both arrests as announced by security agents are publication and distribution of films and pamphlets covering Color Revolutions and non violent resistance and also connections with activists abroad.

Iranian radicals look for a limited armed clash with the US