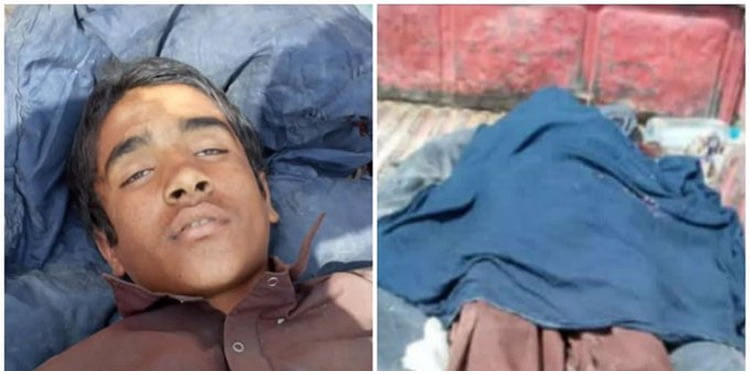 IRGC forces stationed in Rask County opened fire on a car yesterday, wounding a woman and killing a minor in southeast Iran.

According to the Baloch Campaign website, the minor killed was identified as Younes Yazdanshenas who was with his aunt, Nour Bibi.

An informed source said the two were going for medical errands when the police opened fire on them after they passed a checkpoint. The source added that both were transferred to the Chabahar hospital but Younes died due to the severity of his wounds and blood loss.

This is not an isolated case. Last week, police opened fire on Baluch citizens on March 7 and March 8 in the southeastern cities of Minab and Mirjaveh.

In Mirjaveh, police opened fire on a car during a car chase, causing the car to overturn.

The father and son in the car were identified as Mazar and Attallah Gazouie. Attallah, the son, was killed at the scene. His father Mazar was injured and passed away after a week in the hospital yesterday.

In Minab, police opened fire on another fuel carrier, whose car also overturned and caught fire. The driver who was identified as Ahmad Qasemi passed away from the severity of his injuries.

There are almost daily reports of police and border guards opening fire on Kurd border porters in western Iran and civilians carrying fuel in southeastern Iran. Iranian security forces carry out these shootings with impunity.

An annual report by a human rights groups said that at least 204 Iranian citizens were directly or indirectly killed or wounded by Iran’s state security forces in 2020, of which 74 lost their lives.

The clashes in February erupted after Iranian Revolutionary Guards killed two smugglers in southeast Iran, prompting protesters to storm the governor’s office in the city of Saravan and burn police cars. Security forces dispersed crowds with tear gas, closed off roads, and temporarily shut down Internet connections to prevent the protests from spreading.

Read the complete article at: Iran News Wire
Also read: Iran’s Terrorism in India is Just the Tip of the Iceberg