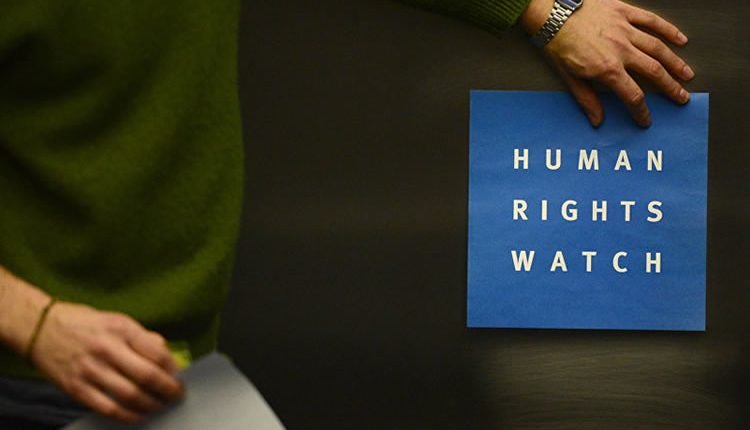 Human Rights Watch believes that executions, especially for drug-related offenses, continued at a high rate in 2017.

The human rights organization condemned the Iranian Authorities in the security apparatus and Iran’s judiciary to “target journalists, online media activists, and human rights defenders in an ongoing crackdown, in blatant disregard of international and domestic legal standards.”

About the number of executions carried out in 2017, the report declares: “The judiciary continued to execute individuals at a high rate, particularly for drug offenses. Human rights groups reported that Iran executed at least 476 individuals as of November 27, 2017, including five individuals who were sentenced to death for crimes they allegedly committed as children.”

On March 16, Narges Mohammadi, a prominent human rights defender who was arrested in June 2015 to serve the remainder of her six-year prison sentence, began serving a new sentence of 10 years in prison on charges including “membership in the banned campaign of Step by Step to Stop the Death Penalty.”