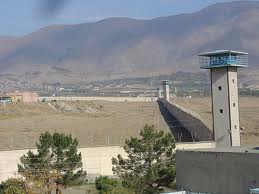 On Thursday April 14, 35 Kurd political prisoners in Evin Prison were transferred to solitary cells in Hall 2, Cellblock 1 in Gohardasht (Rajayi Shahr) Prison in Karaj. It is still not clear why they were transferred to this prison. The sounds of these prisoners’ moans and cries while being tortured could be heard by other prisoners during the night in the other halls of cellblock 1 which subjected other prisoners to mental pressure.  Political and non-political prisoners are violently tortured in the solitary cells in Hall 1 Cellblock 1… On the other hand, Mardani, the new warden of Gohardasht Prison has increased the medieval pressures on prisoners including banning families from providing clothes for their loved ones in prison. The prison has stopped providing clothes for prisoners from years ago. Prisoners are not allowed to take the facilities they purchase with their own money from the prison store such as TVs, refrigerators, and other personal items with them when they are transferred. Prisoners who only participate in group prayers (Friday Prayers) are allowed in person visits.  Prisoners are also not able to eat the prison food which has very poor quality and usually do not take the food. (Human Rights and Democracy Activists in Iran – Apr. 18, 2011)

Mostafa Akhavan Sentenced to One Year in Prison for Facebook Membership

Iran’s “Wipe Israel Off the Map” Calls are Diversionary