44 Days after Arrest, Secretary of the Sharif University Islamic Association in Solitary Confinement 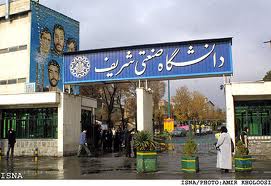 More than 40 days after his arrest, Ali Akbar Mahmoud Zadeh (Secretary of the Sharif University Islamic Students Association) is in solitary confinement and under heavy pressure. As the interrogators’ claim that he is “not confessing to sins”, based on the latest reports Mahmoudzadeh is being intimidated until he confesses to the crimes.  Currently, Mahmoudzadeh is at the Evin Prison’s Section 240 solitary confinement. According to his former inmates, Mahmoudzadeh endured intense physical torture. On February 15, 2011, Mahmoudzadeh was beaten up and arrested in front of Sharif University. Since then, he only made three short telephone calls to his family. Throughout the past two years, the Investigations Office at the Ministry of Intelligence many times summoned, threatened, and interrogated this student activist.

Commander: Iran to Give Crushing Response to Aggressors

Basij Commander Blames US for Volatile Situation in Iraq