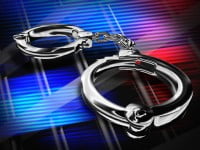 Pressure on the Iranian people especially on the national groups such as Kurds, Arab, Baluch and Azeri is increasingly in Iran. Each day people are arrested on different pretexts.

According to our correspondents, 70 Kurds were detained by the Iranian Intelligent Service in Degulan and Kirmashan cities on Wednesday 14th March.

It is being reported that about 40 people were arrested in Kirmashan city and 30 in Degulan for attending a Kurdish fire festival, known as Chwarshemme Suri (The Red Wednesday).

The festival usually takes place on the last Wednesday of the winter. It is one of the most important festivals for Kurdish people, however it is practices is forbidden by the Iranian regime.