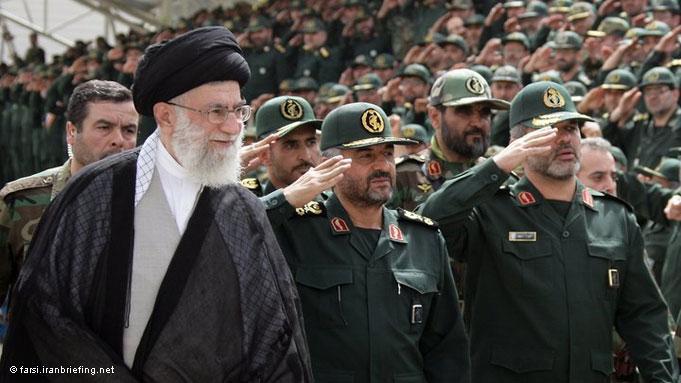 A commander of Revolutionary Guards (IRGC) was killed in Syria

The Iranian regime held a commemoration Sunday for a commander of Revolutionary Guards (IRGC) who was killed in Syria, the state-run IRNA reported.

The death of General Abdollah Eskandari underscores Iranian regime’s high-level, hands-on involvement in Syria, fighting for President Bashar Assad, to quell an uprising against his rule.

Abdollah Eskandari, a senior commander in the Iranian Revolutionary Guards Corps (IRGC), was killed last Monday in fighting just south of Damascus, according to a statement released by the Iranian regime’s Defense Ministry.

Eskandari’s death brings the number of Iranian officers killed in Syria to 60, according to Syrian opposition sources.

IRGC Brig. Gen. Hossein Hamadani, former commander of IRGC for Greater Tehran, was reported by the Fars News Agency to have said that 130,000 Basij fighters, a paramilitary force composed of civilians, were ready to fight in Syria.

Hamadani also added to speculation that Iran is now forming a new paramilitary group, trained by Hezbollah under the supervision of the IRGC.

“With Allah’s assistance, the Iranians have been able to form a second Hezbollah in Syria,” he was quoted as saying.