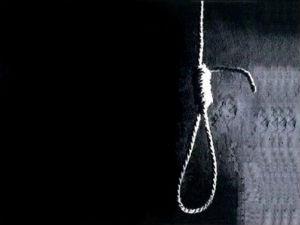 In the past, the United States has raised human rights issue as a propaganda tool to promote its own political objectives in Iran.  In 1977, President Jimmy Carter took stance against Mohammad Reza Shah’s human rights records.  However, after the fall of the Shah in 1979, under the succeeding Islamic government, abuse of human rights in Iran worsened, thousands of political prisoners were executed, but the US officials remained silent.  In April, 1995, President Bill Clinton imposed a set of economic sanctions against Iran. The reasons for imposing the sanctions were Iran’s continued support for terrorism, pursuit of access to nuclear weapons, and supporting groups that used violence to oppose the Middle East peace process. Surprisingly, the US did not include the clerical regime’s abuse of human rights as one of the reasons for imposing the sanctions. The Iranian political groups and the human rights organizations criticized the US for ignoring human rights violations in Iran. As a result, in 2002, President George W. Bush added the abuse of human rights as another reason for imposing the sanctions.  President Barack Obama further tightened the sanctions and began a covert war to sabotage Iran’s nuclear installations. Since 2009, the US has begun face-to-face negotiations with Iran to curb its nuclear program, which Iran claims is for peaceful purposes.

In March 2012, the former US Secretary of State Henry Kissinger, in an interview with Fareed Zakaria, said diplomatic negotiations with Iran would only work if the United States was willing to give the Islamic Republic security guarantee that it would survive.  Kissinger suggested that the US should ignore the Islamic regime’s human rights abuses and guarantee to protect the regime against threats in exchange for concessions to abandon its nuclear activities. It seems Obama’s administration has pursued that policy in the past two years. Therefore instead of the regime change policy that had been pursued by the Bush administration and the covert war policy that had been going on previously, Obama wants to engage with the clerics in Tehran. He wants to resolve the nuclear standoff by continuing the negotiations without discussing human rights issue.  Yet in July 2014, a group of US congressmen led by Representative ED Royce who currently heads the House of Representatives Foreign Affairs committee has demanded Iran’s ballistic missiles should be included in the negotiations. While they did not mention the human rights issue in their letter, the congressmen have said any deal with Iran should be in consultation with the Congress before lifting the sanctions.  Obama has the authority to lift some of the sanctions imposed under the US presidents’ executive orders. Some other sanctions imposed by the Congress need the congressional approval to be lifted. Under US pressure since 2006, Europeans have cooperated with the US by imposing their own sanctions on Iran. However, they now are anxious to lift the sanctions because of losing lucrative business with Iran.

Canada drafted a resolution for condemning Iran in the United Nations for cruel and unusual punishments, tortures, and practice of amputations and floggings. The UN General Assembly Third Committee passed the resolution in November 2010.  On June 17, 2011, the UN Human Rights Council named the former Maldivian Foreign Minister Ahmed Shaheed as its human rights investigator on Iran.  However, the regime in Tehran has not permitted Shaheed to enter Iran.

Under the pro-West administration of President Hassan Rouhani human rights abuses by the regime have worsened.  Rouhani has a weak political base and is unable to improve the situation. Since taking office more than a year ago, he has been dependent on the West and on the Supreme Leader Ali Khamenei for political support.

The Obama administration favors to support the pro-West clerics to rule Iran. But major Iranian opposition groups are against the totality of the hierocracy rule in Iran and want to change the regime. That requires a new constitution which preserves the sovereignty of the Iranian people that has been stolen from them by the ruling clerics.

It appears the US and its Europeans allies’ strategy is now to preserve the regime in Tehran with some cosmetic changes because its collapse could strengthen the secular political factions in Iran and result in Iran’s stronger ties with the US regional competitors such China and Russia.  However, human rights abuse in Iran does not improve by cosmetic changes in the regime. The solution to human rights violations in Iran is to abolish the existing clerical constitution because it suppresses human rights.

The constitution of the Islamic Republic of Iran is a source of human rights violations because it ignores the sovereignty of the Iranian people.  The United States want to tolerate the Islamic regime if it makes some cosmetic changes to become democratic. However, the regime in Tehran is a hierocracy and cannot be changed to a democratic government. Human rights will not be respected until the constitution of the Islamic Republic is abolished. The reason is the constitution gives supreme power to the clerics to rule Iran instead of the Iranian people representatives.

The constitution has woven religion into its text in a way that it gives power to the clergy to deny the Iranian people their fundamental rights. It gives the Guardianship of the Jurist, the leading Islamic cleric, supreme power to rule over all important organs of the government.  The result has been a government by the clerics and for the clerics that disregards the fundamental rights of the Iranian people.

Here are some examples of the articles in the constitution which are unreasonable. Article 1 necessitates submission of all Iranians to the leading clerics’ interpretation of Koran and beliefs of Sharia law.  The Article incorrectly states 98.2% of people who had the right to vote, voted for the constitution. The percentage given is doubtful and the wording is missleading. It should have said 98.2% of the participants in the referendum, even though some of them were under-aged.  Many adults boycotted the referendum.  Article 2 is strictly based on submission to commands of God and accepting their interpretation by the clerics. Article 4 requires all laws and regulations; civil, criminal, financial, economic, and administration to be based on Islamic principles that shall be decided at the discretion of the Islamist Jurists of the Guardian Council.

Articles 13, 21, and 26 suppress the fundamental rights of the Iranian people.  Article 13 does not allow the right to equality of religion, it only recognizes the religion of the “book” (Zoroastrian, Judaism, and Christianity), and therefore the members of other faiths are subject to discrimination. Article 21 requires women’s compliance with Islamic standards. That violates equal rights for women on obtaining professions and engagement in social activities. Article 26 provides no freedom for establishing political parties because it requires them not to contradict the Islamic principles and the foundation of Islamic republic. Based on this article the regime can outlaw any party that it considers a threat to its existence. The regime suppresses the sovereignty of people because its elections’ regulations do not allow the candidates from the opposition political groups to stand for elections. For this reason a large portion of the electorate does not exercise its voting right. Article 67 put protection of Islamic domain before protection of the peoples’ rights.

In the reign of this clerical government the direction of legal reform has been reversed. The clerics reversed the progressive reforms that had been achieved before their takeover of the government in 1979.  The pre-revolution reforms were annulled and the Iranian people fundamental rights were ignored. The clerics have devised laws with the intention to increase their own power at the expense of the Iranian citizens’ fundamental rights. Currently, two brothers who even were not born in Iran are the heads of two branches of the government (the judiciary and legislative). The candidates for presidency and the parliament are screened by the Guardian Council. That prevents people to have their candidates on the ballot. Furthermore, the president’s power is very limited and can be dismissed by the supreme jurist. There are 290 representatives in the parliament, forty of whom are clerics and 25 members are close relatives of the Majles President, and some others have close relations with the clerics.

The West favors the clerics to rule Iran and at the same time it pays lip service to protect human rights in Iran.  That is hypocrisy; abolishing the existing clerical constitution and writing a new one for establishing a secular government is the only way to preserve human rights in Iran.