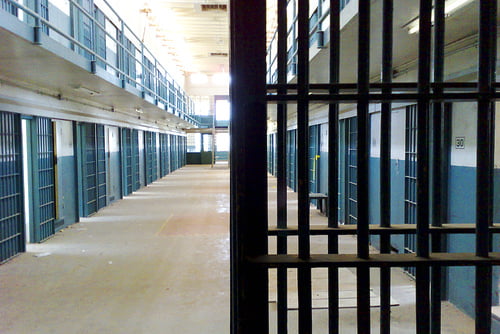 English translation of this report is exclusive to Iran Briefing

Iran Briefing : Qasem Sholeh-Sadi, imprisoned lawyer and former lawmaker, is about to be paralyzed due to lack of medical care. Mohsen Aminzadeh, Deputy Foreign Minister during Khatami’s presidency, was transferred to hospital while handcuffed. Lawyer and human rights activist Mohammad Seifzadeh also refused to appear in the court.

University of Tehran International Law Professor Qasem Shole-Sadi needs operation due to severe injury to his spinal cord. He is reported to be at the verge of paralysis due to lack of medical care. On September 17, 2011 Shole-Sadi was taken to Branch 28 of the Revolutionary Court and sentenced to two years in prison by Judge Moghiseh on the charge of “insulting the Supreme Leader”. Qasem Shole-Sadi’s wife, Fakhrossadat Fahandaj-Sadi, had recently complained about officials’ neglectful behavior: “His spinal cord was severely damaged during his last term in prison. He currently suffers from that damage to the extent that the fingers of his left hand have gone numb. Doctors examined him in prison, and the doctors stated that he must be released from jail due to his poor physical condition. Forensic doctors also examined him and recommended that he be released from jail; they even sent a letter to the Prosecutor General urging him to release Mr. Shole-Sadi, but according to Mrs. Fahandaj-Sadi “They didn’t do anything and he still suffers from pain in his spinal cord.”

Qasem Shole-Sadi, also a former deputy in the Iranian Parliament, wrote an open letter to the Supreme Leader Ayatollah Ali Khamenei criticizing Iran’s foreign and domestic policies. Shole-Sadi was detained for 36 days after writing the letter. After being released on bail, he was sentenced to a year and half in prison, and barred from teaching at the university and practicing law on the charges of “insulting the Supreme Leader and disseminating propaganda against the regime”. 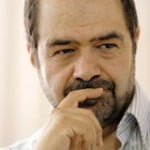 Former Khatami-era Deputy Foreign Minister Mohammad Aminzadeh, who was recommended by forensic doctors to be hospitalized at the Modares hospital, refused to go to the hospital because he was handcuffed.

Mohammad Nourizad, a former regime’ loyalist who turned against it following the disputed 2009 presidential election, writes in his personal website, “When I paid more attention, I realized that this 50 plus year-old man besieged by the soldiers is former Khatami-era Deputy Foreign Minister Mohammad Aminzadeh. He was brought from the prison to hospital for some examination on his heart. A soldier holding a pair of handcuffs was standing next to Mr. Aminzadeh, and this soldier brandished the handcuffs to make people understand that the patient was a prisoner and no one could approach or sit next to him.”

Mohammad Seif-Zadeh Refused to  Appear before the Court

Lawyer and human rights activist Mohammad Seifzadeh refused to appear before the court which he called “illegitimate” because it had no jury. Mohammad Seifzadeh was supposed to stand trial at Branch 15 of the Revolutionary Court on the charge of “acting against national security”. Seifzadeh considers the legal procedure “unjust” due to interference by intelligence officials.

Mohammad Seifzadeh, 62, is also a founder of Defenders of Human Rights Center (DHRC). Judge Salavati recently sentenced him to nine years in prison and a ten-year ban from practicing law.

In a letter, Seifzadeh informed the judge presiding over the case his reasons for not appearing in the court.

According to the International Campaign for Human Rights, Fatemeh Golzar (Seifzadeh’s wife and his lawyer) said that the recent hearing in the court pertained to the letters written by and statements signed by Mr. Seif-Zadeh from inside Evin Prison. She said that she didn’t appear before the court and only submitted her client’s file to the court.

According to Fatemeh Golzar, her client considers the Revolutionary Court illegitimate, and because it has no jury he refused to appear before the court. Seifzadeh believes that a court without a jury makes the trial a flawed one.

39 political prisoners including Mr. Seifzadeh and Mr. Shole-Sadi recently signed a statement in which they called the upcoming Parliamentary election—scheduled to be held at the end of the current Iranian year—illegitimate.

In their statement, the 39 political prisoners argued that participating in the March election “in any way” goes against the “realization of democracy and human rights in Iran.”