Another Gonabadi Dervish arrested in Kavar 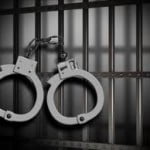 Majzooban Noor – Mr. Reza Pishkar (Poshtkar) , one of the Gonabadi Dervishes , was arrested by security forces in Kavar and  transferred  to Adel Abad prison in Shiraz yesterday.

According to Majzooban Noor reporter , Security forces , yesterday , January, 01, 2012 ( Dey ,11 ,1390) assaulted on Mr Reza Pishkar’s house in  Kavar and  by illegal searches and inspections and  create fears for the family, arrested  and transferred him  to the Adel Abad prison in Shiraz.

Since  the last four months , detention and harassment of Gonabadi Dervishes  has continued so that , in the latest arrests by security forces  Mr Nasrollah Laleh , a Gonabadi dervish and director of Haghighat  publishing , arrested on Dec 20 2011 ( Azar 29 1390), so far no information has been obtained from his condition till now…

Parastou Forouhar arrested after returning from memorial service for her parents

Angela Merkel: Israel has ‘right’ to defend itself against Iran in Syria