BREAKING NEWS
GMT+2 01:38
Home Iran Briefing Exclusive Appreciating the Role of IRGC in Suppressing Oppositions: Statement of the General Staff of the Armed Forces on Anniversary of IRGC Formation 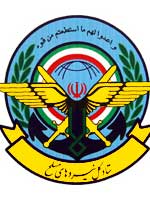 Appreciating the Role of IRGC in Suppressing Oppositions: Statement of the General Staff of the Armed Forces on Anniversary of IRGC Formation

Iran Briefing – The General Staff of the Armed Forces in Iran has issued a statement on Monday, April 22, 2013 due to the anniversary of IRGC formal formation which has been released in domestic and foreign Media. In this statement, the role of IRGC has been called the warrantor of Iranian government and the factor of defecting west powers that Iranian regime considers them as enemy who are plotting against Islam and Muslims.

In another part of this statement, the role of IRGC in suppressing oppositions who are called “anti-revolution” by Iranian authorities has been appreciated and mentioned that IRGC has been successful in “physical, half- physical and soft-wars”.

The street protests has been called domestic and foreign enemies’ plot in this statement and has mentioned IRGC as the main factor to eliminate oppositions since the beginning of the 1978 revolution to the end of Iran-Iraq war and also student protests in June 1999 and 2009 post election protests.
In the statement, there has been emphasized on “pro-Khamenei” aspect of IRGC and its political insightfulness which is the result of following the Supreme Leader’s commands.

At the end of the statement, also has been emphasized that the prerequisite for the victory of IRGC over enemies is obeying the orders of the Supreme Leader, Ali Khamenei.