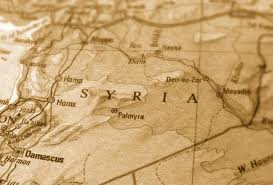 The statement issued by Iranian scholar Mehdi Taeb, a prominent political figure in charge of overseeing the soft war that has been launched by Iran, did not contain anything new, nor did its issuance come out of the blue. However this statement could be viewed as the most informative and clear of all such statements in this regard. Taeb’s assertion

that Syria is nothing more than the 35th province of Iran and that its fall is more dangerous to Tehran than the fall of Ahvaz offers new evidence of Iran’s increasing influence in Arab states, particularly Syria. In addition to this, the statement also contains important information regarding the organic and even structural and administrative relations between Tehran and Damascus.

The statement is based on a number of considerations, most prominently Iran’s assent towards conquering and occupying Syria and causing the Syrian state to disappear, to the point that the country now resembles Kuwait following Baghdad’s 1990 invasion when it became Iraq’s 19th province. If the Iraqi invasion was carried out by wide-scale military force then Iran’s conquest of Syria occurred through the firm use of soft power. Ultimately, both scenarios resulted in the same outcome. The Kuwaiti people were not sympathetic towards the occupation of their country and they strongly confronted this, while the Syrian will certainly oppose the Iranian invasion and oppose it even more fiercely. Therefore Iran’s blatant intervention in the Syrian crisis and its opposition to the Syrian people’s desire for change cannot be described as defending a regime of “resistance”, but rather defending Iranian sovereignty as represented by its 35th province, or in other words, defending Iran itself.

Iran has pursued this policy through the use of excessive military power; directly via the deployment of over sixty thousand fighters to Syria and indirectly by providing the Damascus regime with all means of support. We must therefore acknowledge the magnitude of the challenge that the Syrian insurgents are facing on the ground, which is fierce, and goes far beyond confronting an autocratic regime. Those who are fighting on the ground in Syria are actually fighting two armies: the regime’s army, as well as the Iranian army of occupation which is made up of the Iranian Revolutionary Guard Corps (IRGC) and the Quds Force, not to mention the Lebanese and Iraqi militias, among others. As a result of this, the suffering of the Arab people in Syria will be prolonged and political change will be delayed. As for the objective of the conflict, this is no longer the toppling of an autocratic regime; rather this has now become the liberation of an occupied state. This is something that has served only to double the legitimacy of the Syrian insurgents who have taken up arms.

No matter how strong, firm, and robust relations between the Iranian and Syrian regimes are, this must not lead to the forfeiture of Syria’s national identity or the country being added to a list of Iranian provinces. The fact that the Alawites are still in control of the situation and regime in Syria was not enough to prompt Iran to abstain from its plans and deal with Syria as a state with a similar sectarian and political identity in a fair and equal manner. This was also insufficient to prompt Iran to dismiss its expansionist agenda, or at least feign doing so in order to avoid embarrassing Damascus. Iran will not do this for one simple reason, namely that it is a nationalist and expansionist state par excellence. Iran is a state that exploits and uses religion and sectarian ideology to further expand its influence, regardless of the ideological nature of the targeted state, whether Shi’a, Sunni or otherwise.

The Arabs, who have been mesmerized by the Iranian propaganda, must reconsider their attitudes towards Tehran, which is the master of eliciting sentiment and portraying itself as the guardian of Shi’ism. However in reality, Iran’s real objectives go far beyond this and include stripping states of their sovereignty and changing their national identity.

Transforming Arab Syria into a mere Iranian province also represents a threat to Arab national security, in addition to a destabilization of regional stability and security. In either case, this must be handled in an extremely serious manner. We must not be content with mere condemnation, denunciation or suspension of Syria’s Arab League membership, although this is required in order to prevent the infiltration of the Arab League after Syria has become an agent of Iran and a fifth column, as acknowledged by Iran itself. Rather, our response must be reflected on the ground in order to change the nature of the ongoing struggle in Syria.

The Arabs have lost their deterrent and their strongholds are under threat from within, while their interests abroad are also in jeopardy. However a true awakening is on the way and the signs of this are clear to see. Although such statements serve to provoke and harm our dignity, they are ultimately desirable for they serve as a wake-up call to all those who have been negligent in this regard, and there are too many to mention.

So expect another shameless statement in the future from one of the pillars of velayat-e faqih(Guardianship of the Jurist) in Iraq, and we can only expect this statement to be shocking by any and all standards. The issuance of such a statement is a foregone conclusion particularly as Iraq is closer to Iran than Iran is to Syria. Iraq is a Gulf state with a larger land mass and more natural wealth than Syria, while its location on the Iranian political map make it even more important.