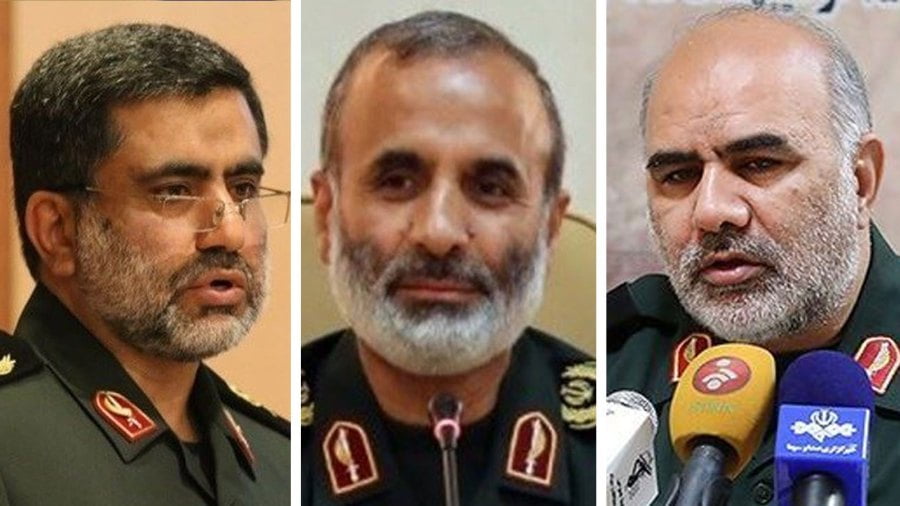 Are Senior IRGC Figures Defecting? Were Others Arrested?

Are Senior Iranian Revolutionary Guard Figures Defecting? Were Others Arrested?

Since Iran’s Revolutionary Guard Corps (IRGC) was designated a terror organization, several reports have circulated, mainly outside of Iran, on the flight of IRGC’s senior commanders to other countries and the arrest of others. Meanwhile, several structural and personal changes made in the IRGC could be connected to internal problems it is undergoing. Israel’s name crops up regarding some cases. IRGC spokesman Ramazan Sharif has denied the reports.

Farsi-language reports by opposition elements in the social networks claim that Mohammad Tawallaii, deputy commander of the IRGC’s Strategic Affairs and Surveillance Department, was “arrested” in Iran after a yearlong investigation revealed that he had helped the Israeli Mossad smuggle the nuclear archive out of Iran and bring it to Israel.

Ali Javanmardi, who founded the site Avatoday.net, lives in the Kurdish areas of northern Iraq and is a senior Farsi-language reporter for the Voice of America. Based on “exclusive” information that apparently reached him from senior figures in Iraqi Kurdistan, he reported that frantic investigations in Iran since the smuggling of the archive to Israel had led Iran’s intelligence chiefs to conclude that Tawallaii is the senior Iranian figure who cooperated with Israel. Javanmardi added that, after being under surveillance, Tawallaii was recently arrested. Iranian exiles say that Tawallaii felt himself to be in danger and was arrested while preparing to leave Iran.

Several weeks earlier, opposition elements reported that General Ali Nasiri, who until then was head of the IRGC’s Ansar-al-Mahdi Protection Unit, had fled Iran with very sensitive information about the IRGC so he could provide it to a “foreign country” and in return receive political asylum. The IRGC “denied” this a few days after the report and made a point of publishing a photo in which Nasiri is present at the ceremony in which Hossein Salami was appointed IRGC commander. A day earlier Nasiri’s position was awarded to a different commander named Fathallah Jamari who had been the commander of the IRGC unit in the Yazd Province, central Iran.