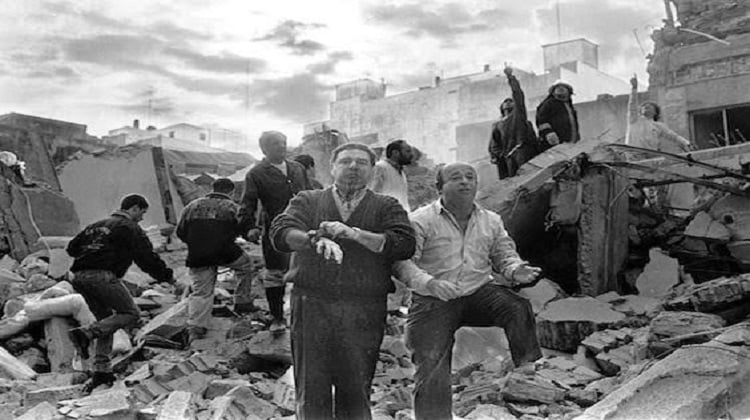 Argentina has asked Azerbaijan to arrest a high-level Iranian adviser to the country’s supreme leader in connection with the bombing in 1994 of the Buenos Aires AMIA Jewish center.

Ali Akbar Velayati was scheduled to attend the Second Summit of religious world leaders in the Azerbaijani capital Baku on November 14-15.

Velayati, who was Iran’s foreign minister at the time of the terrorist attack and has been implicated in ordering the bombing, is now an adviser on international affairs to Ayatollah Ali Khamenei.

Under Argentine law, an accused person must have the opportunity to defend himself before a judge. Since the Iranians accused in the attack, many from the upper political echelons, have not set foot on Argentine soil, it has been impossible to move the judicial process forward.

The Argentine Foreign Minister summoned the ambassador of Azerbaijan in Buenos Aires on Friday and expressed the “deep concern” of Argentina’s government over Velayati’s presence in Baku and asked for Azerbaijan’s cooperation “in order to carry out the detention for extradition purposes.”

The July 18, 1994 bombing of the AMIA center killed 85 and injured more than 300. The late Argentinian prosecutor Alberto Nisman established that a Hezbollah bomber carried out the attack and that it was instigated by Iran.

Iran also is believed to be behind the 1992 car bombing that destroyed the Israeli embassy in Buenos Aires, killing 29 and injuring 242.

Iranians have been on Interpol’s most wanted list since 2007 in connection with the bombing. They include Mohsen Rabbani, a mullah and former cultural attaché who did not travel to Colombia in 2016 after political pressure to prevent his official government visit. Rabbani is believed to be a leading figure in spreading radical Islam in Latin America.

Read more at: Times of Israel

The Persecution of Ayatollah Boroujerdi In Iran