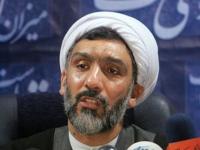 Iran’s Auditor General said on Monday he has no doubt that the office of the president has given support to the Aria Financial Group, which has been accused of embezzling $3 billion by selling fraudulent letters of credit.

Mostafa PourMohammadi told the Khabar on Line website that President Mahmoud Ahmadinejad’s office and his chief of staff, Esfandiar Rahim Mashai, have lent support to the suspects in the $3-billion fraud case and have made “every resistance” to stop public exposure of “the greatest financial fraud in the history of the country.”

The fraud is connected to the activities of the Ami Mansour Aria Group, which has been accused of using its influence and contacts in government and Parliament to get fraudulent letters of credit and receive large loans from several top Iranian banks.

MahAfarid Amir Khosravi, the top suspect in the case, has been charged with corruption on Earth, which he has denied in court.

Ahmadinejad and his administration have already been accused of perpetuating this great fraud through their lack of vigilance.

PourMohammadi told Khabar on line that the president’s office has justified its resistance to publicizing the details of the case by saying “it may destroy the economic integrity of the system and harm the banking and currency system.”

The Auditor General added: “There is no doubt that this group was supported by the administration, including the president, his chief of staff, ministers and banks.”

He maintained, however, that the Ahmadinejad administration was probably not in on the “very details” of the corruption and violations.

The administration has not yet reacted to these accusations, but Ahmadinejad has gone on the record denying any involvement in the case for himself and his administration.

PourMohammadi also indicated that Mahmoudreza Khavari, the head of Melli Bank who fled the country as soon as the news of the fraud hit the media, had a history of violations and financial abuse.