Posted By: crazydeadon: May 26, 2013In: Human Rights
Print Email 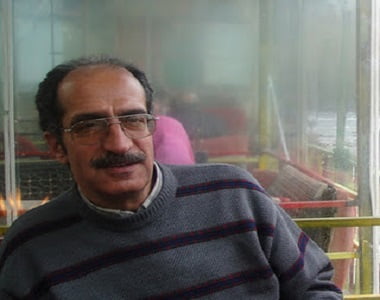 Although doctors have recommended urgent medical treatment for Mohammad Reza Pour-Shajari, the authorities are preventing his transfer to a hospital outside the prison.  Pour-Shajari (Siamak Mehr) is a imprisoned blogger and a political activist.

According to a report, two doctors, Gholizade and Nejadbahram, at Karaj central prison

have recommended Pour-Shajari to be hospitalized immediately because of his serious breathing problems since two weeks ago.

The authorities have not allowed his transfer so far although he has written many letters and tried to follow up on his requests.  He had an angiography almost nine months ago.

Pour-Shajari was arrested on September 21, 2010 at his home in Karaj and was locked up in solitary confinement in Rajai Shahr Prison for seven months.  As a result of prolonged torture, his health has deteriorated seriously.  Now he suffers from several medical conditions such as heart disease, poor eyesight, back ache, kidney disease, stomach ache and malnutrition.