BREAKING NEWS
GMT+2 04:14
Home Slider Bags of Cash and a Bomb Plot: Inside a Covert Iranian Operation in Europe 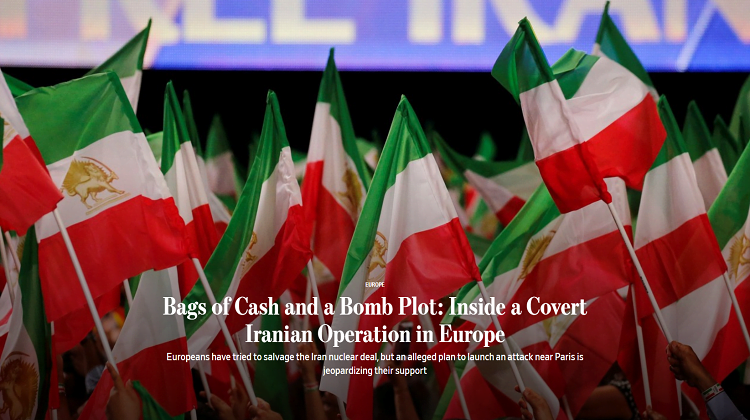 On a sunny day in late June, an Iranian émigré named Amir Saadouni met on the terrace of a Luxembourg cafe with an Iranian intelligence agent known to him only as Daniel, who for years had paid him to spy on a France-based group that opposes the regime in Tehran. 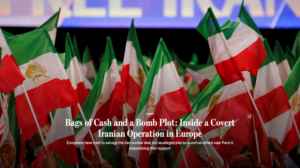 Gathering information “isn’t enough for us,” Daniel said, according to people familiar with the matter. They said the agent gave Mr. Saadouni and his wife an explosive device to set off at an annual conference organized by the group, where Rudy Giuliani, President Trump’s lawyer, was due to speak on June 30.

European security services, acting in part on a tip provided by Israeli intelligence, were watching, officials said. Belgian authorities said they stopped Mr. Saadouni and his wife on their way to the conference outside Paris, and found a device that contained half a kilogram of TATP, a powerful explosive. German police arrested the intelligence agent a few miles from the border with Austria, where he was stationed as a diplomat at the Iranian embassy and would have enjoyed immunity from prosecution, officials said.

The alleged plot was thwarted at a crucial diplomatic moment, a month after Washington withdrew from the Iran nuclear accord. French President Emmanuel Macron and other European leaders are trying to salvage the deal. On Nov. 5, the Trump administration is set to impose a new round of sanctions—its toughest yet targeting Iran’s oil sector.

The allegation that an Iranian operative plotted an attack on French soil is jeopardizing Europe’s support for the accord. As U.S. and Israeli officials ramp up pressure on Europe to sever ties with Tehran, they have cited it as a reason why Mr. Macron and other leaders should end their support for the deal.

On Tuesday, Denmark announced it had foiled an Iranian operation to kill a dissident, turning up the pressure on Europe to harden its posture toward Tehran. A spokesman for Iran’s foreign ministry said Iran had no involvement in the case.

This account of the alleged June plot is based on interviews with European officials as well as people close to Mr. Saadouni and his wife, Nasimeh Naami. An attorney for the agent, identified as Assadollah Assadi, declined to comment. The Iranian government didn’t respond to a request for comment. Iranian Foreign Minister Javad Zarif has claimed the plot was mounted by Iran’s international opponents to drive a wedge between Tehran and the West.