Posted By: crazydeadon: May 29, 2011In: Human Rights
Print Email 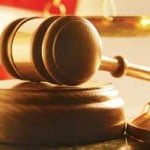 Rahana – Baha’i citizen Houshang Fanaian has been sentenced to 4.5 years in prison.

Baha’i citizen Houshang Fanaian who had been detained in February of last year has been sentenced to 4.5 years in prison.

Payman Karimi in Danger of Blindness; Hassan Farji in Aftermath of Heart Attack

Student killed in Shiraz, when regime forces throw him down from a bridge. 20 Feb 2011

Iran’s Army May be Huge, but the IRGC is Tehran’s Real Power Broker