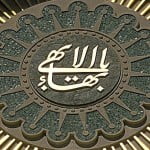 Ava Tavakoli, a student of Hormozgan University and a Baha’i resident of Bandar-Abbas, has been expelled due to her faith after 4 semesters.

According to the Human Rights House of Iran, she was verbally told that she has been expelled due to her faith by the officials of the University Admission Organization. The written letter will be sent to her college. She will not receive the expulsion document herself but her account for class registration will be deactivated.