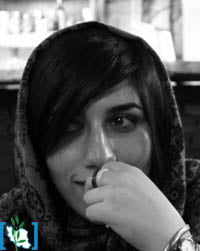 She was arrested after the authorities searched her father’s house and confiscated her books, notes, CDs and computer. According to the Human Rights House of Iran, she had previously been arrested for 24 days last May and had been later released on bail. On Thursday, her lawyer was served with a 10 month long prison sentence.

Membership in the “anti-revolutionary” site of facebook is one of the alleged charges. She had previously been summoned to the Sari Court over the phone but she had refused to appear since the summons had taken place over the phone.

Medical furlough for labor activist Mohmmad Jarahi has been denied