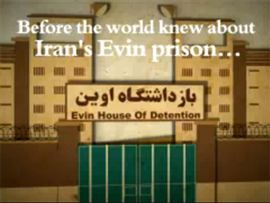 Iranian state media have reported the arrests of an unspecified number of Baha’is in cities across the country, RFE/RL’s Radio Farda reports.

The state Fars News Agency reported on July 31 that the arrested Baha’is belonged to an “international corruption network” engaged in “promoting and propagandizing the Baha’i cult through sex appeal and homosexuality.”

The names of the arrested Baha’is were not made public.

Abdolkarim Lahiji, vice president of the Paris-based International Federation of Human Rights Leagues, told RFE/RL the Iranian regime has brought new charges against the Baha’i followers in order to justify its persecution of them.

Lahiji said that for the past 30 years the authorities were under the impression that by intensifying pressure on the Baha’is they could force them to abjure their faith.

“Now that they have failed, they are adopting new policies to harass the Baha’i community,” he added.

Lahiji also noted that when Mohammad Javad Larijani, as the head of Iran’s High Council for Human Rights, openly and officially calls Baha’ism a “cult” and expresses the establishment’s hostility toward cults, state persecution of Baha’is increases.

Such statements are construed by officials as authorizing the use of any kind of violence against Baha’is, Lahiji added.