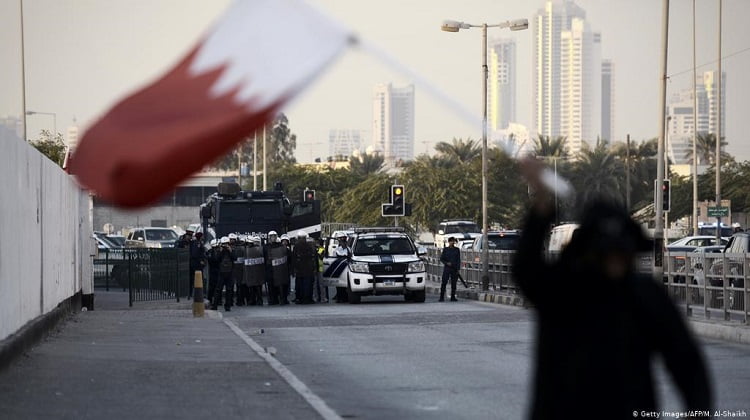 Bahrain announced on September 20, 2020, that it has thwarted a terrorist plot in the Kingdom that received support and funding from Iran. The announcement comes less than a week after Bahrain and United Arab Emirates officially normalized relations with Israel at a signing ceremony at the White House in Washington.

Bahraini newspapers said that the terrorists have planned to blow up several public and security facilities in the country. They conducted surveillance on foreign and national security installations, oil depots and economic targets that could be struck. The members of the group were linked to the Saraya al-Ashtar terror organization and the terror network named “Qassem Soleimani Brigades.”

The terrorists had received explosives and money from the IRGC and around 14 of the terrorists underwent training in camps in Iran and Iraq. Nine of them are apparently fugitives in Iran. Some members of the group returned to Bahrain and started the preparations of a terror campaign in the kingdom.

The Bahraini security services thwarted the plot after finding an explosive device on the public street in Al-Badie area placed by the terror group that was intended to target a foreign delegation who came to Bahrain.

Bahrain has become the second Gulf nation in normalizing ties with Israel, joining the United Arab Emirates. Bahrain, a Sunni-ruled kingdom with a large Shiite population (60%) is a member of the Gulf Cooperative Council (GCC) and heavily dependent on close allies, Saudi Arabia, UAE and the United States which has a naval base in the country.

Bahrain’s interior minister said shortly after the announcement that the deal with Israel protects Bahrain’s interests amid what he called the danger from Iran.

Tehran, which supports Bahrain’s Shiite opposition, condemned the normalization of relations between Israel and Bahrain calling it “shameful.” Iran’s Foreign Ministry said in a statement that normalization “will remain in the historical memory of the oppressed and downtrodden people of Palestine and the world’s free nations forever.”

Iran’s Islamic Revolutionary Guard Corps, also criticized the move saying it is a betrayal of the Palestinian people, as well as a “threat to security in West Asia and the Muslim world.”