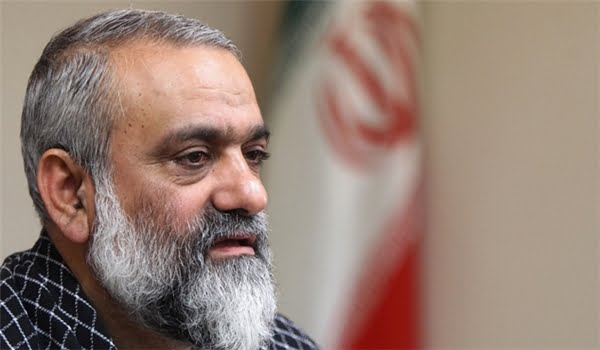 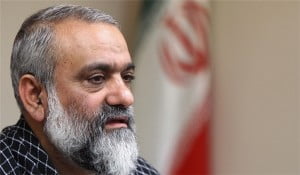 “Using the culture (promoted) by satellite (channels) and other soft war tactics along with economic war are among the enemy means to defeat the Iranian nation,” Naqdi said in the Northern city of Babol on Wednesday.

“The enemy seeks to strike and damage the objectives of the Islamic Revolution of Iran through all these means, but it has been defeated so far,” he added.

Elsewhere, Naqdi pointed to enemies’ attempts to break the Palestinian people’s resistance, and said, “The enemy is seeking to kill the people in Gaza by western missiles, while these people are still standing firm and fighting the enemy with their faith and belief.”

In relevant remarks in June, Naqdi also underlined the full preparedness of the Islamic Republic’s Armed Forces, saying that Iran’s defensive capabilities and readiness have pushed the enemy to resort to soft war.

“The enemy which couldn’t wage a hot war against the Iranian nation grew disappointed after it found that the deployment (of its forces) around the Islamic Republic has proved ineffective, and it has now focused on the cultural front,” Naqdi said, addressing a forum in Tehran at the time.

“Since 7 years ago, they have focused mainly on the soft war and the cultural front,” he added.

Naqdi further pointed to the wave of psychological propaganda against the Islamic Republic as part of the same soft war efforts made by the enemies, saying over 160 Persian-language satellite channels are now working outside Iran to affect and change the thoughts and system of values of the Iranian youth and families.

A deputy chief of staff of the Iranian Armed Forces had also warned in early January that enemies have devised different plots to implement various soft war scenarios, and called for taking the necessary precautionary measures by Iranian officials.

“It is necessary to devise the needed retaliatory measures in proportion with the enemy’s determination, which is unfortunately growing more serious every day, and to implement them with firmness and confidence,” Deputy Chief of Staff of the Iranian Armed Forces for Cultural Affairs and Defense Publicity Brigadier General Massoud Jazzayeri said, addressing a group of Armed Forces’ cultural officials.

He underlined that the Armed Forces as flag-bearers of fight against enemies’ soft war scenarios can make the society active and remove the existing concerns in this regard by activating potentials and creating effective and timely capacities.

Will Trump Go to War with Iran?