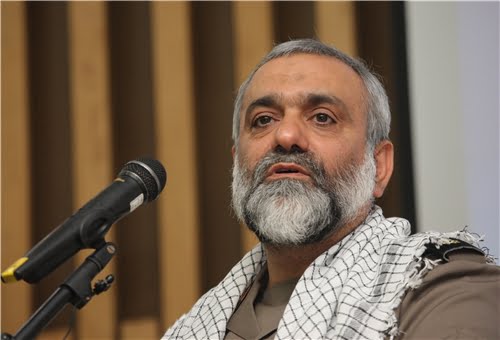 TEHRAN (FNA)- Commander of Iran’s Basij (volunteer) Force Brigadier General Mohammad Reza Naqdi said the recent attacks by the terrorist Islamic State of Iraq and the Levant (ISIL) in Iraq are a new US plot after Washington was defeated in its confrontation with resistance groups in the region.

“Today the enemy has targeted us in multiple soft-war fronts, because it knows that it cannot combat us in a battlefield,” Naqdi said, addressing a Basij forum in Tehran on Sunday morning.

Naqdi said the US has experienced defeat in its confrontation and plots against Iran’s allies in Palestine, Lebanon and Syria, and now “they have started the same experience in Iraq”. 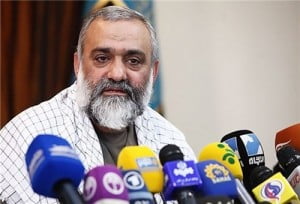 He said the enemies have experienced all these failures in the Middle-East, but they have not received any lesson and they are now repeating another mistake in Iraq by orchestrating ISIL raids against the Iraqi people, “and again a huge popular force has rushed to the scene in the country which will foil their ominous plots”.

The General said these popular forces created in the regional nations have now grown into a chain stretching across the Middle-East.

In relevant remarks on Wednesday, Naqdi condemned the crimes committed by the terrorist Takfiri and Salafi groups in the region, and said these crimes are supported by the western states and certain oil-rich Arab countries.

“These (Takfiri) streams that introduce Shiites as infidels, issue decree for their killing, commit crimes and massacre innocent people under the pretext of (obeying) Islam and differences (between Shiite and Sunni Islam) in their fatwas (religious decrees) say nothing but lies,” Naqdi said in the Southeastern province of Sistan and Balouchestan.

He said that the Takfiri groups commit crimes in line with the ominous goals of the arrogant powers and obey the western and Israeli think tanks as they are supported by certain regional Arab countries’ petrodollars.