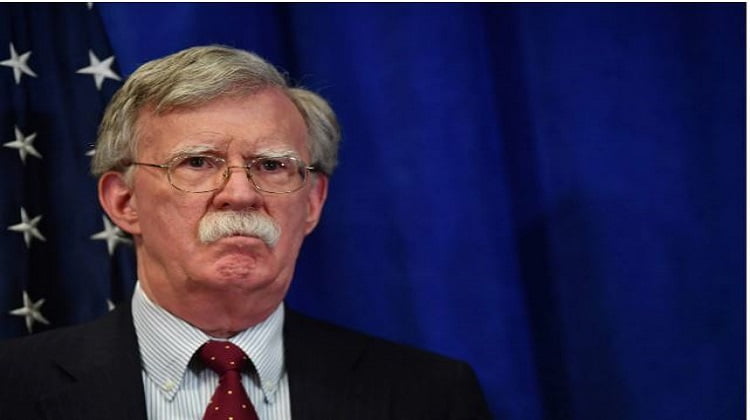 White House national security adviser John Bolton said Monday that the United States wouldn’t be leaving Syria so long as Iranian forces continued to operate there, suggesting the Trump administration had embraced an expanded mission in the embattled country beyond the defeat of the Islamic State.

Bolton made the comments to reporters in New York ahead of President Trump’s planned speech Tuesday to the United Nations General Assembly, directly linking any future withdrawal of American troops from Syria to the departure of Iranian forces from the nation. Iran has joined Russia and the Lebanese militant group Hezbollah to back Syrian leader Bashar al-Assad in a war in its eighth year.

“We’re not going to leave as long as Iranian troops are outside Iranian borders and that includes Iranian proxies and militias,” Bolton said, according to the Associated Press.

For years, the Pentagon has said the U.S. military mission in Syria would conclude once U.S.-backed forces defeated the Islamic State and secured the territory the group once occupied. Countering Iranian forces hasn’t been part of the U.S. military mission to date. So far, the military hasn’t received orders from the White House to alter its operation in the country to counter Iran.

Defense Secretary Jim Mattis, speaking to reporters at the Pentagon hours after Bolton’s remarks, said the U.S. military mission in Syria remained focused solely on the defeat of the Islamic State.

Mattis said both Iran and Russia had contributed to instability in Syria, and added that U.S. forces wouldn’t simply be leaving abruptly and exposing people recently freed from Islamic State rule to a resurgence in violence.

The comments from the two top national security officials raised questions about whether the Trump administration had adopted a new policy on Syria. Theoretically, the U.S. military could officially stay in the country on a mission to defeat the Islamic State and prevent its reemergence — but still tie its departure to an agreement by Iran to remove its forces from the nation.