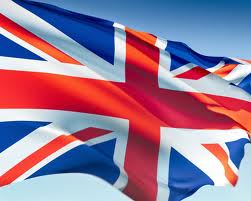 Reuters – The government imposed new financial sanctions on Iran on Monday, ordering all UK financial institutions to stop doing business with their Iranian counterparts, as well as with the central bank of Iran, the Treasury said.

It said the sanctions were in response to the International Atomic Energy Agency’s (IAEA) latest report on Iran, which highlighted fresh concerns about the possible military dimensions of Iran’s nuclear programme.

Chancellor George Osborne said Iran’s actions posed a serious threat to national security and that the action was being taken in coordination with other countries.

“This follows the International Atomic Energy Agency’s report uncovering evidence of Iran’s development of nuclear weapons technology. It is also a response to calls from theFinancial Action Task Force for countries to strengthen safeguards to protect their financial sectors from money laundering and financing of terrorism risks emanating from Iran.”

“We believe that the Iranian regime’s actions pose a significant threat to the UK’s national security and the international community. Today’s announcement is a further step to preventing the Iranian regime from acquiring nuclear weapons.”