Mar 19, 2018 Nuclear Fille, Slider Comments Off on Can the EU save the Iran nuclear deal?

Following the unexpected sacking of US Secretary of State Rex Tillerson, EU foreign affairs chief Federica Mogherini must be more concerned than ever before about the future of the Joint Comprehensive Plan of Action (JCPOA), commonly known as the “Iran nuclear deal”. 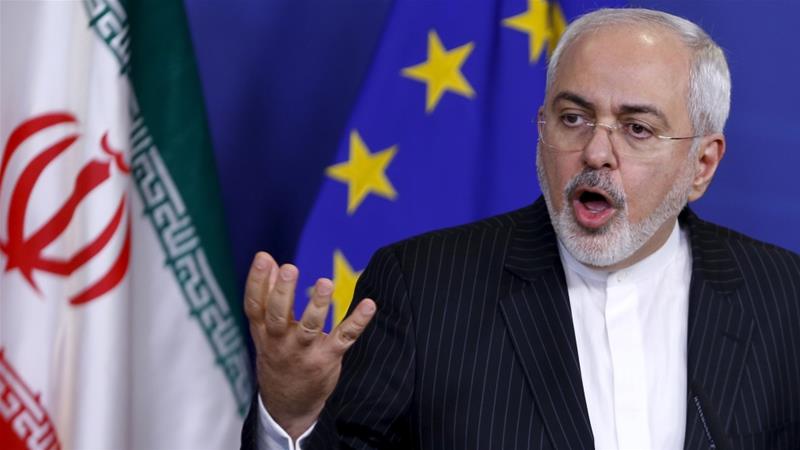 Today, the EU is faced with having to make a choice between preserving the Iran deal that it regards as a major diplomatic achievement and breaking away with its most important political ally, the United States of America.

Since the deal was signed in 2015, the EU has been bearing the responsibility of protecting an increasingly fragile balance: safeguarding Iran’s commitment to the nuclear agreement while simultaneously trying to dissuade the US from using a language of containment and sanctions. This task became even harder when the Trump administration started pressuring European leaders into signing a “supplemental agreement” with Iran that would also regulate the Islamic Republic’s ballistic missile programme and its role in Syria.

Trump’s decision to sack Tillerson, who was often depicted as a calming influence in the administration, and to put forward former CIA director Mike Pompeo, who has a history of ruthless partisanship and opposition to the Iran deal, as candidate for US secretary of state only added to these pressures.

Moreover, as it tried – and failed – to control the hawkish behaviour of the new US administration, the EU started losing Iran’s trust. Earlier this month, for the first time since the signing of the deal, Iran’s foreign minister, Javad Zarif, has blamed the EU for “appeasing” the US. “We now have two problems, one is the US and the other the EU,” he said.

He also accused the EU of supporting American sanctions and not keeping to its commitments with regards to improved banking arrangements with Iran. Iranian business sector remains disappointed by the level of European investment in the Islamic Republic.

Contrary to the EU’s call in January for sanctions relief to benefit Iran, on March 12, President Trump used the National Emergencies Act to order the continuation of the “comprehensive non-nuclear-related sanctions with respect to Iran”.

Also, some European Foreign Ministers seem to be edging towards a supplemental agreement.

The British foreign secretary, Boris Johnson, who has been an outspoken supporter of JCPOA in the past, began edging towards the American call for a new agreement after a meeting in January with Tillerson.

“There are some areas of the JCPOA, or some areas of Iran’s behaviour, that should be addressed,” he told reporters in London on January 22. “And most particularly, their ballistic missile programs and our concerns over the expiry of the JCPOA,” he said, referring to what the US calls “sunset clauses”, which Trump wants to address in the supplemental agreement.

If Europe is to succeed in safeguarding JCPOA it must push more vigorously for US sanctions relief.

During his visit to Iran early March, the French Foreign Minister Jean-Yves Le Drian also referred to Iran’s ballistic programme as “a great cause for concern” and questioned Iran’s presence in Syria and Yemen.

Iran was quick to respond to Le Drian’s pro-US stance.

“European countries come here and say we want to negotiate with Iran over its presence in the region,” said Iran’s spiritual leader, Ali Khamenei referring to Le Drian’s visit. “It is none of your business. It is our region. Why are you here,” he asked?

As such the French President, Emmanuel Macron, who has cordial relations with both his American and Iranian counterparts, might have lost a unique chance to hold that EU balance. In the process, he probably disappointed French companies such as Total, Airbus, Renault and Peugeot, which are eager to sign up trade deals with Iran pending US sanctions relief.

In an interview with the moderate Etemad newspaper on March 5, Iran’s Foreign Minister Javad Zarif said it was dangerous for the Europeans to mix the question of ballistic missiles and Syria with JCPOA. He also warned that Iran could stop its bilateral talks with the EU.

A report by International Crisis Group recommends that if the Trump administration is determined to breach JCPOA, the EU “should do what it can to save it”.

It said that its exclusive survey of more than 60 senior managers at multinational companies had shown this could be achieved “if Iran remains committed to its JCPOA obligations and European countries pre-emptively revive their ‘Blocking Regulations’, shielding their companies from US extraterritorial sanctions“.

This is an extremely difficult choice for Europe to make, because it may trigger a trade war with the US.

The European Council on Foreign Relations recommended that the EU must “continue to resist US pressure to once again isolate Iran”. At the same time, it must pursue “tough diplomacy” with Iran over other issues.

Yet European attempts to “tough diplomacy” has so far proved ineffective, as seen in Iran’s response Le Drian and other EU leaders.

If Europe is to succeed in safeguarding JCPOA it must push more vigorously for US sanctions relief. This is the only way that President Hassan Rouhani of Iran would get authorisation for negotiations over other issues.

JCPOA is a highly intricate international agreement that was signed after two years of painstaking negotiations. It cannot be easily “supplemented”, especially with an agreement that aims to regulate Iran’s role in an even more complex international crisis such as Syria. And as long as Israel holds the largest stockpile of ballistic missiles in the region it would be hard to persuade Iran to terminate its ballistic programme.

International diplomacy would only work if it is objective and balanced.

Source: Aljazeera – Can the EU save the Iran nuclear deal?

On 3rd of January a news spread in social media regarding Qasem Soleimani and AbuMahdi Mohandes who has died by a US drone strike near Baghdad Airport and this was the end of their lives. In social media, especially Iranian users, there was a chaotic situation, some called of “the general of... END_OF_DOCUMENT_TOKEN_TO_BE_REPLACED