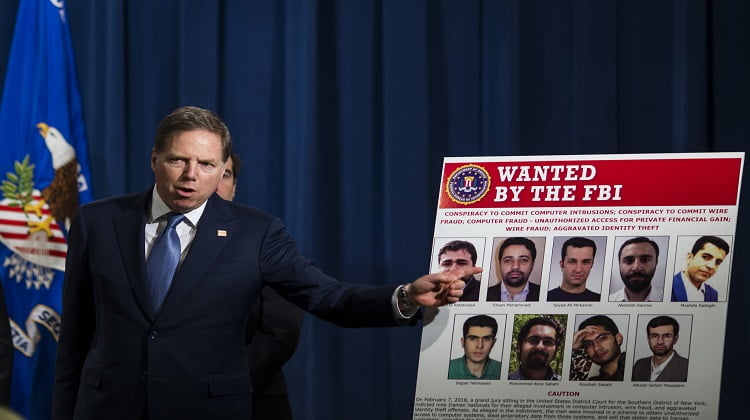 Businesses and government agencies in the United States have been targeted in aggressive attacks by Iranian and Chinese hackers who security experts believe have been energized by President Trump’s withdrawal from the Iran nuclear deal last year and his trade conflicts with China.

Recent Iranian attacks on American banks, businesses and government agencies have been more extensive than previously reported. Dozens of corporations and multiple United States agencies have been hit, according to seven people briefed on the episodes who were not authorized to discuss them publicly.

The attacks, attributed to Iran by analysts at the National Security Agency and the private security firm FireEye, prompted an emergency order by the Department of Homeland Security during the government shutdown last month.

The Iranian attacks coincide with a renewed Chinese offensive geared toward stealing trade and military secrets from American military contractors and technology companies, according to nine intelligence officials, private security researchers and lawyers familiar with the attacks who discussed them on the condition of anonymity because of confidentiality agreements.

A summary of an intelligence briefing read to The New York Times said that Boeing, General Electric Aviation and T-Mobile were among the recent targets of Chinese industrial-espionage efforts. The companies all declined to discuss the threats, and it is not clear if any of the hacks were successful.

But the 2015 agreement appears to have been unofficially canceled amid the continuing trade tension between the United States and China, the intelligence officials and private security researchers said. Chinese hacks have returned to earlier levels, although they are now stealthier and more sophisticated.

“Cyber is one of the ways adversaries can attack us and retaliate in effective and nasty ways that are well below the threshold of an armed attack or laws of war,” said Joel Brenner, a former leader of United States counterintelligence under the director of national intelligence.