Posted By: on: September 08, 2014In: Arrests, Human Rights
Print Email 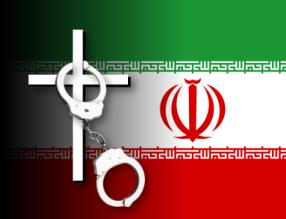 Christian Converts in Iran Continue to Be Charged With Capital Offenses – A British based human rights organization has received reports that two more Iranian Christians from the Church of Iran denomination have been charged with “Mofsed-e-filarz,” translated as “spreading corruption on earth.”

According to a news release from Christian Solidarity Worldwide (CSW), Pastor Matthias Haghnejad, who was recently charged with “Moharebeh,” or “enmity against God,” has now been charged with the more serious crime of “Mofsed-e-filarz.”

Another Christian, Silas Rabbani is also facing the same charge.

CSA said Pastor Behnam Irani had been handed this new allegation as part of 18 new charges against him.

Sources claim that all three men, who are being held separately in Ghezal Hesar Prison in Karaj, have been pressured into confessing that they are “spies.”

There is particular concern about Haghnejad’s safety, CSW reported. He is believed to be in a “dangerous situation,” as the authorities appear to be targeting him actively.

The new charges against Haghnejad, Rabbani and Irani are part of what CSW called a “worrying escalation in Iran’s campaign against converts to Christianity,” who have previously been charged with “action against the state,” “action against the order” or other national security crimes.

Although the new Islamic Penal Code, which came into effect in 2013, prohibits capital punishment for “Moharebeh” in cases not involving the use of a weapon, the charge is regularly used against political activists from ethnic minority communities.

An ongoing spike in executions under the Rouhani presidency has seen eight men executed for “Moharebeh” this year, including Ahwazi Arab poet and cultural rights activist Hashem Shaabani and his colleague Hadi Rashedi.

CSW said those accused of this crime usually complain of having been tortured to give false confessions, the denial of access to legal assistance, and unfair trials conducted without witnesses.

CSW’s Chief Executive Mervyn Thomas said in the news release, “The new charges against Pastors Haghnejad and Irani and Mr. Rabbani are tantamount to an indictment of Christianity itself and CSW is growing increasingly alarmed by what is a clear escalation in Iran’s campaign against Persian Christians under the Rouhani presidency and by what is effectively an attempt to gain an apostasy conviction by other means.”

He added, “It is vital that the ongoing human rights crisis in the country is not neglected as members of the international community increasingly partner with Iran to counter the threat posed by ISIS.”

Christian Solidarity Worldwide works for religious freedom through advocacy and human rights, in the pursuit of justice.