According to the official website of the Iranian Revolutionary Guards and other governmental news websites, a high-ranking officer in the bodyguard unit of the Islamic Republic’s Supreme Leader was killed yesterday. The news was subjected to correction and editing immediately after release and the phrase “leadership’s bodyguard” which was the title of “Lt. Col. Hassan Akbari” was removed! 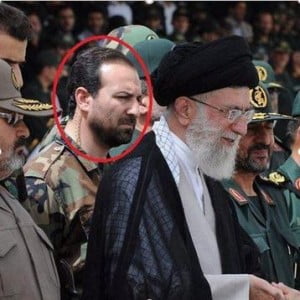 Bashgah Khabarnegaran-e Javan news agency in a short piece of news introduced him as following: “Lt. Col. Hassan Akbari, one of the training officers of Vali-e Amr Corps who was on a training mission, was martyred due to a weapon’s technical malfunction.” Sepah News, as the original reference of the news, used the similar phrases as well.

Entekhab Telegram news channel wrote: “The martyrdom of the Leader’s bodyguard” | “General Hasan Akbari”, the member of Vali-e Amr security of IRGC and the leader’s protection guard was martyred today during a guard due to a technical fault in his weapon.” Despite releasing the news with a photo and description in Entekhab News Telegram Channel, obviously the operators were forced to remove the news from the news Channel.

What is clear about the death of Lt. Col. Akbari which was announced as an accident due to a technical fault is that the officials of “Beyt-e Rahbari” and the “Security Corps Commanders of Supreme” get to work immediately and distorted his death’s news.

Nasim Online website also announced that the farewell ceremony of martyr Colonel Hassan Akbari was held on Sunday at 20:30 at the Hosseinieh Oshagh al- Hussein in Tehran and his funeral will be held on Monday.

The distortion news of the killing a senior member of the security team of Ayatollah Ali Khamenei is important due to the earlier rumors of “intentional” killing of some military commanders that their whispers of opposition were heard. Nevertheless, it is likely to be more than an accident beyond the Colonel Akbari’s death however unfortunately exploring the idea will be hard due to the heavy security atmosphere of the Supreme Leader’s house. Iran Briefing will publish the latest news on this matter.

On 3rd of January a news spread in social media regarding Qasem Soleimani and AbuMahdi Mohandes who has died by a US drone strike near Baghdad Airport and this was the end of their lives. In social media, especially Iranian users, there was a chaotic situation, some called of “the general of... END_OF_DOCUMENT_TOKEN_TO_BE_REPLACED