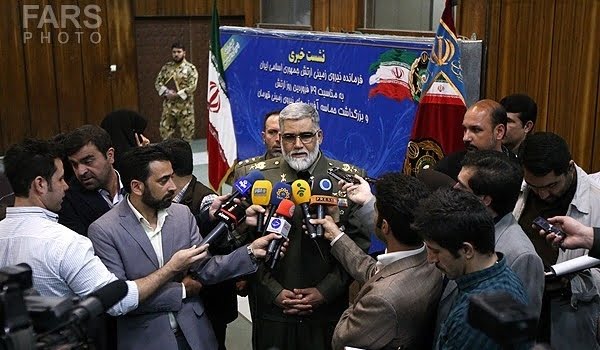 TEHRAN (FNA)- Commander of the Army Ground Force Brigadier General Ahmad Reza Pourdastan stressed that Iran is enjoying the highest levels of might and security despite being located in a volatile region and its opposition to the US.

“Today, certain countries which have common borders with us are entangled in insecurity and abundant conflicts but Iran has stood against the US mightily and is insisting on its demands as a result of our martyrs’ blood,” Pourdastan said, addressing a number of Iranian commanders and army personnel in Tehran on Saturday night. 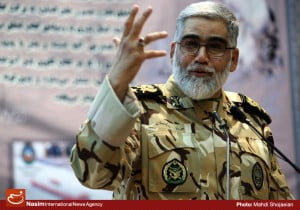 The Islamic Republic of Iran’s honor, might and security are indebted to the martyrs’ blood,” he added.

In relevant remarks earlier this month, Chairman of the Spanish Parliament’s Foreign Policy Commission Duran Lleida hailed Iran’s high security, and called on the country to help the European states in the establishment of security and stability in the Middle East.

The region is in a very sensitive situation and we should help each other in the establishment of stability and security in the Middle East region,” Lleida said in a meeting with Iranian Deputy Foreign Minister Hossein Amir Abdollahian in Tehran.

The Spanish official pointed to his country’s concerns about a rise in extremism and terrorism in the region and the world, and said, “Iran plays an important and influential role in boosting security and resolving the existing regional problems.”

He noted that the threats emanating from terrorism and extremism in the Middle East, specially Iraq and Syria, is the cause of concern for the European Union.

Also last month, Russian Foreign Minister Sergey Lavrov underlined that Iran is an important and influential player in the Middle East, which can resolve many problems of the regional countries.

If we want our policies in the Middle East show some results, we should call non-Arab countries of the region like Iran and Turkey, which have progressive positions in the Islamic world, to participate in settling problems in the Middle East, specially Syria,” Lavrov told reporters in Moscow.