Some parties and their leaders have started to jump off the wagon of the Iranian project and into their own projects, trying to win the people’s sympathies. 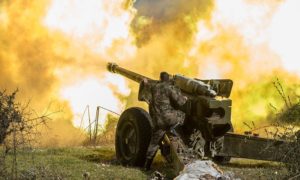 Since the beginning of its revolution, the Iranian regime has acted in accordance with a doctrinal frame that was the perfect cover for achieving old imperial ambitions embodied in a specific political system and diplomatic relations operating according to international standards and mechanisms.

The concept of authority in Iran is a platform for carrying out the regime’s doctrinal agenda and for mobilising the numerical strength of sectarian groups that are convinced of the regime’s goals and are usually ready to perform what is required of them without question or hesitation.

By the nature of events that rocked the region following Ayatollah Ruhollah Khomeini’s ascension to power in Iran, these fanatical groups have lost all sense of belonging to a state and have declared their unequivocal loyalty to the supreme leader and their willingness and readiness to carry out his orders, even if those orders are at the expense of the people they belong to. They offer power over their country and their people to the ideological occupier.

The Iraqis are discovering how “Iranian” militias in Iraq, ostensibly carrying Iraqi nationality and acting in the name of Iraqi citizens, have hijacked Iraq’s sovereign decisions. They are quick to criticise the government for not doing enough for Tehran even though the latter is constantly juggling the complex consequences of the US-Iran confrontation by keeping the balance in favour of trade with Iran.

This trade is unilateral and the Iranian regime is doing all it can to keep Iraq as an outlet and a key platform for breaking US sanctions, even by risking direct export of Iranian oil shipments or by importing what the mullah’s regime requires. The system is run by a network of mafiosi that is in no way motivated by a desire to relieve pressure of the US sanctions on Iranian citizens.

We Asked Two Experts If a War with Iran Is Coming U.S. Imposes Sanctions on Hezbollah Officials Accused of Supporting Iran

On 3rd of January a news spread in social media regarding Qasem Soleimani and AbuMahdi Mohandes who has died by a US drone strike near Baghdad Airport and this was the end of their lives. In social media, especially Iranian users, there was a chaotic situation, some called of “the general of... END_OF_DOCUMENT_TOKEN_TO_BE_REPLACED