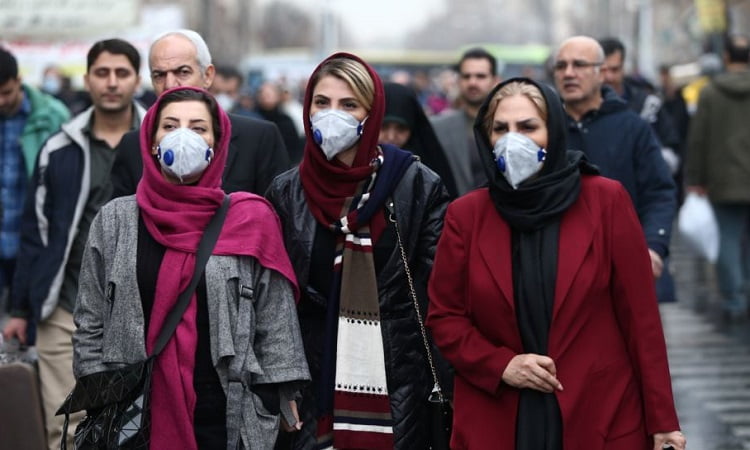 Iranian officials have reacted to an outbreak of the coronavirus by announcing emergency measures amid public distrust over the government’s handling of the disease and concern that the number of infections is much higher than reported.

A total of 18 cases have been confirmed in the country, including four deaths in the holy Shi’ite city of Qom, where most of those diagnosed are also located. Two elderly patients died in the city earlier this week after testing positive for the virus, officials reported.

After only having five cases, Health Ministry spokesman Kianush Jahanpur announced 13 new cases on February 21 as Iranians went to the polls to choose their new parliament.

State television showed some voters wearing masks while standing in line to cast their ballots in Qom.

The new cases included seven people diagnosed in Qom, two in the northern Gilan Province, and four in the capital, Tehran, Jahanpur said on Twitter.

“Most of the cases were residents of Qom or had a history of returning from Qom in recent days and weeks,” Jahanpur added.

Iranian authorities have not explained how the virus has spread in the country.

A Health Ministry official suggested on February 21 that Chinese workers who traveled to China — where the virus emerged in December — were the likely origin of the virus.

“It’s clear that new [carriers] of coronavirus have circulated in the country and probably the source of this illness was Chinese workers [from] the city of Qom who had traveled to China,” ministry official Minou Mohrez told the official government news agency IRNA.

Mohraz added that the ministry has undertaken strong measures to control the spread of the virus.

Authorities have said all schools and seminaries have been closed in Qom and that a national committee for the prevention and fight against the virus has been created.