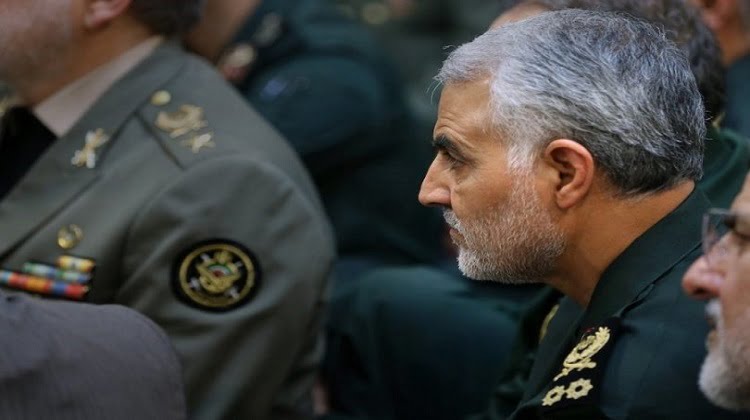 Gadi Eizenkot summed up his four-year tenure as chief-of-staff of the Israel Defense Forces in media interviews, revealing that under his command the army struck “thousands” of Iranian targets in Syria and reiterating that the Islamic Republic remains Jerusalem’s most acute strategic threat. 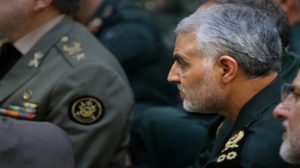 Asked whether Tehran has been deterred by Israel, Eizenkot responded that while the mullahs remain “a long way from achieving [their] goal” of destroying the Jewish state, they have not given up this ambition even as they “scale back” regional operations.

Perhaps most notably, the IDF chief, who steps down on Tuesday, issued a not-so-veiled threat to Qasem Soleimani, saying of the infamous commander of the Revolutionary Guard Corps’ Quds Force—which directs Tehran’s proxy wars across the Middle East—that, “he who acts against us puts himself in danger.” When queried point-blank why the Iranian terror master has not been assassinated, Eizenkot simply replied, “that’s a question.”

Any number of answers undoubtedly have been deliberated by Israel’s security brass, especially when considering the Mossad spy agency’s long history of conducting targeted killings. Nor is this a secret, with Israel’s Supreme Court in 2006 having declared the policy a legal form of self-defense.

The best-known of these instances likely is the assassination in 2008 in Damascus, attributed to both Israel and the United States, of Imad Mughniyeh, a founding member and then-second-in-command of Tehran’s Lebanon-based proxy Hizbullah. His son, Jihad, who later assumed control of the terror group’s activities in the Syrian Golan Heights, was killed in 2015 along with several Iranian commanders by Israeli air strikes near Quneitra.

Equally notable is the botched 1997 assassination attempt of Khaled Mashaal in Jordan, during which two Israeli agents were detained and Jerusalem ended up forking over the antidote to the poison administered to the future Hamas boss amid the ensuing diplomatic crisis with Amman.

According to a recent Saudi media report, incoming Israeli army chief-of-staff Aviv Kochavi previously advocated for toppling the regime of Syrian dictator Bashar al-Assad—by assassination if necessary—but was overruled by the security cabinet. Between 2010 and 2012, Israeli intelligence agents were implicated in Hollywood-like assassinations of at least four nuclear scientists on Iranian soil.

Nevertheless, former Mossad chief Danny Yatom believes that Eizenkot was merely speaking “in generalized terms equivalent to what other [Israeli officials] have said in the past—that no terrorist enjoys immunity. This is not a new policy and I don’t think Eizenkot meant that Soleimani needs to be cautious because he has been [marked].

“One can easily determine that Israel has different means, such as air attacks, by which to go after terrorists,” he explained to The Media Line. “It is part of [the defense doctrine] and happens from time to time. While Iran is the most threatening element that Israel has to take into consideration, Suleimani is one of many enemies and maybe not the most dangerous. But Israel still must closely follow his steps.”

Member of Baha’i community arrested by security forces in Kerman