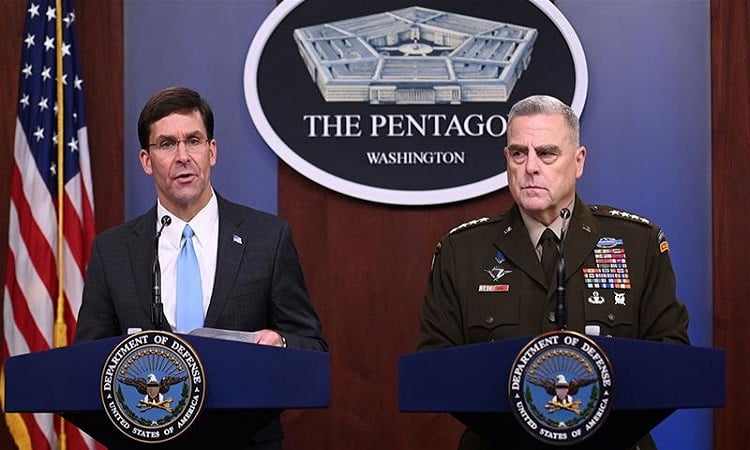 Secretary of Defense Mark Esper warned Thursday there are indications Iranian-backed Shiite militias in Iraq are planning additional attacks in the wake of violent demonstrations at the U.S. Embassy in Baghdad this week. Defense chief 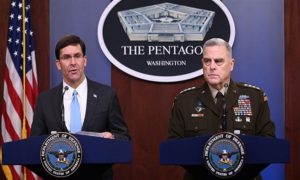 “Do I think they may do something? Yes,” Esper told reporters at the Pentagon. “And they will likely regret it. And we are prepared to exercise self defense and we are prepared to deter further bad behavior from these groups, all of which are sponsored and directed and resourced by Iran.”

The U.S., he added, would take “preemptive action” if it learns of a planned attack.

“The game has changed,” Esper said. “We’re prepared to do what is necessary to defend our personnel and our interests and our partners in the region.”

Hundreds of militiamen and their supporters stormed the U.S. Embassy compound in Baghdad on Tuesday during two days of mass demonstrations, heightening tensions between the U.S. and Tehran. The attack on the embassy was spurred by U.S. airstrikes Sunday that killed 25 fighters of the Iran-backed militia and were conducted in retaliation for the killing of an American contractor in a missile attack, which the U.S. blamed on the militias.

Several dozen Marines were sent to the embassy to boost security amid the demonstrations, and the U.S. deployed additional troops to the Middle East to strengthen its presence. On Wednesday, the second day of protests at the compound, the militiamen retreated following an appeal from the Iraqi government.

U.S. officials said a group of three ships carrying another 2,000 Marines has canceled a scheduled exercise off in Morocco and will head to the Persian Gulf as part of the reinforcements heading to the region.

General Mark Milley, chairman of the Joint Chiefs of Staff, told reporters the militias have been engaged in a “sustained campaign” against U.S. forces and coalition partners since at least October, which has “increased in tempo and intensity.” The rocket attack that killed the American contractor and wounded others was “designed to inflict damage and kill,” he said.