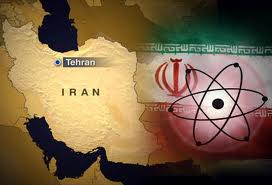 Diplomats say the U.N. atomic agency has new intelligence that Iran has advanced its work on calculating the destructive power of a nuclear warhead, a step toward building such a weapon.

The diplomats say the information — from the U.S., Israel and at least one other country

— alleges the research was done within the past three years.

Iran denies that it has worked on nuclear arms and says allegations to the contrary are based on fabricated intelligence.

But the International Atomic Energy Agency gives credence to the suspicions and says it cannot disprove them unless Iran starts cooperating with its probe of the allegations.

The information comes from six diplomats who spoke to The Associated Press on condition of anonymity because they were not authorized to discuss intelligence.